A World Cup for all

In News from our partners
June 17, 2014
by
Kelly Di Domenico, Communications Officer 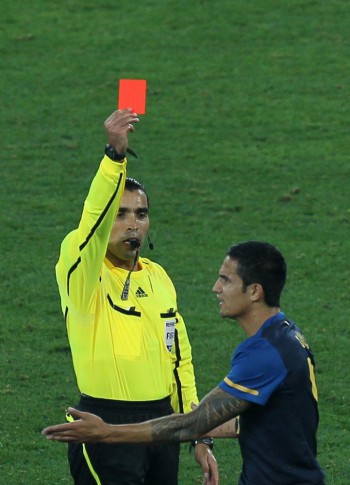 It doesn’t take much to get a game of soccer going. A ball and some makeshift goalposts are all that are required for anyone to start a match. Its accessibility is surely one of the main reasons why the sport is so popular and can be seen played in even some of the remotest corners of the world. Yet, this summer’s 2014 World Cup, currently taking place in Brazil, has raised many questions as to whether soccer is still every person’s sport.

The National Conference of Bishops of Brazil has released a brochure entitled Dignity Peace that is a ‘red-card’ for the Brazilian government for ignoring the rights of some of the poorest and most marginalized communities in the country. Development and Peace, which has been working in solidarity with Brazil’s poor and marginalized since its founding in 1967, shares in these concerns.

The bishops said there was an "inversion of priorities, with public money that should have been used in health, education, sanitation, transportation and security" going towards the event and criticized organizers for the removal of families and communities so that stadiums could be constructed. Over the last year, the country has experienced mass protests over rising costs, the use of excessive amounts of public funds for the event and corruption. The protests have at times turned violence and the bishops has called on the government to respect the right of the population to protest peacefully.

The Catholic Church in Brazil has also expressed concern for the victims of sexual exploitation, and launched a campaign to prevent a potential rise in sex tourism and human trafficking due to the influx of tourists into the country for the event.

The Pope himself pronounced a message of hope when the games were launched last week, recalling that the World Cup should be for all!

The Church in Madagascar and the DRC come together to address mining injustice.
Read more