Development and Partnership in Action (DPA) 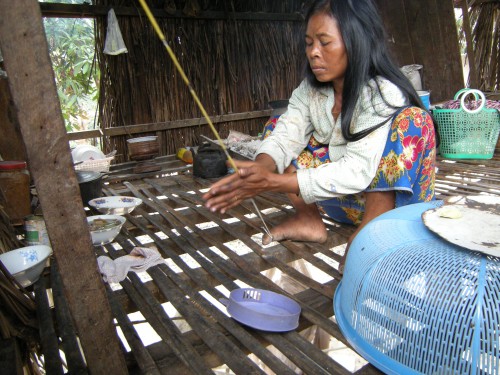 As an ethnic minority, these communities have long suffered from discrimination and oppression, and are experiencing the growing threat of being pushed off their land due to the seizure of land for mining, large agricultural projects and illegal logging. Although Cambodia has laws in place to address the management of land, they are weak or not enforced, and communities are increasingly involved in land conflicts.

Development and Peace, in collaboration with local organization Development and Partnership in Action (DPA), is supporting indigenous communities in ensuring that their homeland and culture are preserved. DPA’s vision is that all people in Cambodia should live in dignity as full citizens who have legal rights that are respected. It is helping indigenous communities achieve this by accompanying them in registering for land titles and advocating for the legal recognition of their territory. This accompaniment led to a community in Modulkiri Province, a region of Cambodia that is rich in natural resources, being legally recognized by the government. This is an important victory for the community in its struggle against the encroachment of land grabbing.

In addition, DPA is also working to have the rich and unique cultural heritage of these indigenous communities be cherished by Cambodian society. It has put in place a project, where youth have been given cameras to document the traditional ways of life in their communities, and is organizing exhibits of their photos. From traditional resin tapping in the abundant surrounding woods to the weaving of straw to make traditional thatched roofs, the photos show that Cambodia’s indigenous communities are a source of cultural pride for Cambodia and must be preserved so that all Cambodians can live in dignity.

Read also: DPA : Human dignity is the right to live on your own land.

Cambodia: Development and Peace is deeply concerned by the bloody repression of a workers' demonstration in Phnom Penh
Read more

DPA: Human dignity is the right to live on your own land
Read more