Community Radio of the Congo 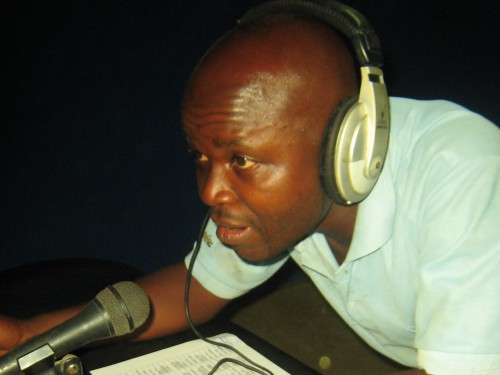 The Democratic Republic of the Congo (DRC) has been living a decade-long civil war that has wrought countless atrocities on the population, including six million deaths. Recent fighting around the city of Goma in November 2012 was a stark reminder of the fear and insecurity that civilians face daily in the absence of good governance, rule of law, peace and accountability.

Community Radio of the Congo, a network of community radio stations across the DRC, is courageously hitting the airwaves to reach millions of Congolese to let them know that democracy and peace are possible in their country. It is providing the information they need, and most importantly in their local language, to be aware that they can and must ask questions to their elected officials, that they have rights that should be respected, and to understand how they can contribute as citizens to a culture of peace and tolerance.

Development and Peace is supporting the community radio stations RACOR in Orientale Province and RCK in Katanga Province, two regions rich in natural resources, but where the population experience conflict and corruption rather than the benefits from their natural wealth. Development and Peace partnered with both these community radio stations to produce a radio series focused on democracy, good governance and peace. Reaching over 2 million people, these programs proved to be some of the most popular ones broadcast, and had tangible impacts for communities that tuned in.

In Katanga Province, the mayor of Likasi launched a commission to ensure the proper management of taxes collected at the city’s largest market. In the village of Mwadingusha, the population now refuses to give bribes to the local police. In Orientale Province, programs on electoral issues led voters to demand closer proximity of registration offices, and in the city of Buta, citizens refused to pay certain taxes after being informed of the governance and tax structure of the region.

For the millions of listeners of Community Radio of the Congo, having this precious access to information, even in the most isolated parts of the country, is key in raising their collective dignity as citizens and becoming the main actors in their own development.