Caritas Mali: Human dignity is the right to live without the threat of hunger 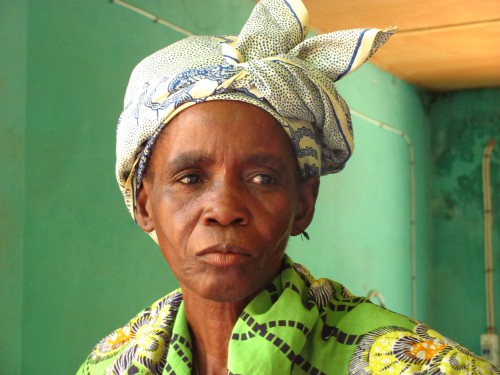 Sara Doua, 50, is a tiny woman. Her small frame seems to sag under the weight of her daily struggle to feed her family. When she became a widow 15 years ago, she began to make millet beer as a source of income, but after developing respiratory problems, she had to give up her trade. Today, she goes out into the bush to pick the leaves of the baobab tree, which are used to make a type of sauce in Mali, to sell at the market. It takes her about half a day to pick a bag, which she can then sell for no more than a few dollars.

This year, however, her struggle became even more difficult when her crops failed due to drought. As a consequence, she was forced to go door-to-door to ask for food from her neighbours.

During the food crisis that struck the Sahel region of West Africa in the spring and summer of 2012, Caritas Mali supported those like Sara, who were most vulnerable to experiencing food shortages, such as widows, single mothers, pregnant women and the elderly. Caritas Mali organized several activities to help people cope with the insecurity of not having enough to eat, including food distributions and the subsidized sale of grains. At a food distribution supported by Development and Peace in August of 2012, Sara received 135 kilos of maize, 25 kilos of beans and nine litres of oil, which would last her three months.

“It has been at least five months since I have seen this much food in my house,” she said. “I won’t have to go door-to-door anymore. I can go out without shame. This has helped me reclaim my dignity.”

With the food she received, Sara was anxious to make her way home to cook a proper meal for her family. As some young men helped to load up her cart, a smile bloomed across her face. She felt the joy of solidarity – the interconnectedness that leads us to extend a helping hand even to strangers an ocean away, so they can reclaim their dignity.