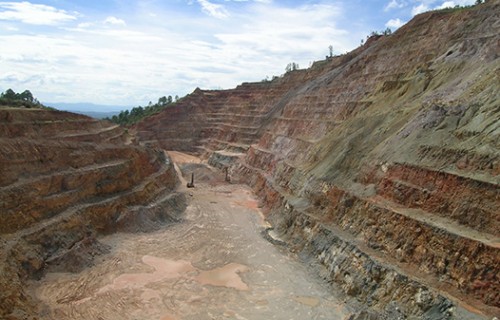 Development and Peace and Mining Watch Canada are calling on Prime Minister Trudeau to give special attention to an open letter from close to 200 Latin American and international organizations urging for sweeping change to Canada’s foreign policy regarding the global mining sector.

“Several of the signatory organizations are partner organizations of Development and Peace whose work in the field has been directly affected by Canadian mining,” says Mary Durran, Latin America program officer at  Development and Peace.  “We support their demands for improved oversight by Ottawa of Canadian companies in their overseas operations.”

Human rights, legal, environmental, Indigenous and farmer organizations with direct experience in mining conflicts in Latin America signed the letter. They welcome the Prime Minister’s gestures of support for Indigenous and human rights, while raising concern about Canadian mining from Mexico to Argentina.

“Under prior administrations,” the letter observes, “Canada’s human rights performance deteriorated considerably, not only in the eyes of the international community, but also from the perspective of the individuals, peoples and communities that live with the negative impacts of Canadian extractive projects.”

They express hope for change based on past support from Liberal Members of Parliament – including the Prime Minister - “towards the adoption of a legislative framework that would hold state agencies and companies to account for abuses related to Canadian mining companies’ overseas operations.”

“Over the past few years, Hondurans have suffered negative impacts of Canadian mining, including pollution of our environment and of our water supplies by heavy metals, and communities’ rights to free, prior and informed consent have been ignored,” said Pedro Landa, a Honduran activist whose Jesuit-run organization, Fundacion ERIC is a signatory of the letter.

“A response to this letter is urgently needed from the Canadian government, given heightened repression of mining-affected communities in the region defending their land, water and wellbeing,” says Jen Moore, Latin America Coordinator for MiningWatch. “Not only are Latin organizations insisting on accountability for harms, but that harms be prevented in the first place.”

Among the recommendations set out in the letter are: