Development and Peace welcomes extension of matching fund for Syria 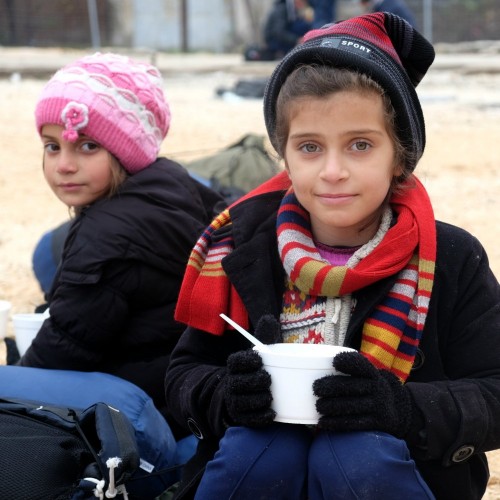 Development and Peace welcomes the announcement by the Honourable Marie-Claude Bibeau, Minister of International Development and La Francophonie, to extend the period to match donations for emergency relief for Syrians until February 29th, 2016.

“We are pleased that the Ministry of Global Affairs is continuing with the matching fund, especially since it is now winter, making conditions for refugees and those in Syria much more difficult,” says David Leduc, Executive Director of Development and Peace.

Development and Peace has been responding to the crisis in Syria since the autumn of 2012 and has continued to increase its response as the situation has deteriorated. It is working in Turkey, Lebanon, Jordan and Macedonia, which are all hosting Syrian refugees, and in Syria where millions are impacted by the war. The organization has invested $19.2 million in humanitarian aid and local peace initiatives that have helped over 500,000 Syrians. This amount includes $17.5 million in funding from the Canadian government.

The organization recently received an additional $5 million from Global Affairs Canada for projects that provide emergency relief for Syrian refugees in Lebanon and Jordan, and for Syrians most affected by the war in their home country. This aid includes medical services, water and sanitation, and winterization support. Development and Peace is working in collaboration will local partner organizations, including Caritas Lebanon, Caritas Jordan and Jesuit Refugee Service.

Since the launch of the matching fund in September, Development and Peace has received $2 million in donations that are admissible to be matched. The organization and its partners are grateful for the generosity of Canadians in receiving refugees here in Canada and in supporting much-needed aid in the region, and hope that Canadians will also push for a peaceful resolution to this enduring crisis.

“Syrians have experienced tremendous suffering since the start of the conflict in 2011, and civilians continue to experience horrific violence and insecurity. The longer the crisis persists, the more the population suffers, and the support and solidarity of Canadians is needed more than ever, both for aid but also for peace. We hope that they continue to show their solidarity towards the 4.3 million Syrian refugees in Lebanon, Jordan and Turkey, and the millions still living in Syria and experiencing this conflict daily,” says David Leduc.

Individual donations made to Development and Peace until February 29th are eligible to be matched by the Canadian government for its Syria Emergency Relief Fund. Donations can be made at devp.org; by phone at 1 888 234-8533; or by sending a cheque made out to Development and Peace (please indicate Syria Crisis) to 1425 René-Lévesque Blvd. W., 3rd Floor, Montreal, QC, H3G 1T7.