The Catholic Church launches appeal in response to refugee crisis 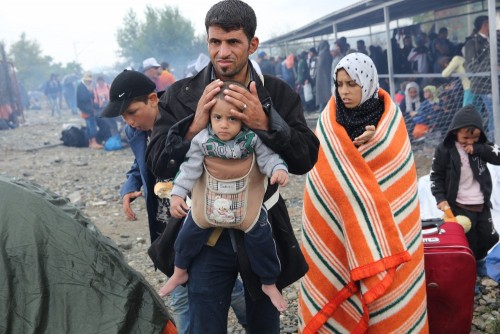 The Catholic Church in Canada is mobilizing to respond to the growing refugee crisis that is currently affecting Europe and the Middle East.

The Canadian Conference of Catholic Bishops, the Canadian Catholic Organization for Development and Peace, the Catholic Near East Welfare Association (CNEWA) and Aid to the Church in Need are launching for the first time a joint appeal to the generosity of Canadian Catholics and all Canadians, showing the magnitude of this tragic crisis.

The majority of refugees currently attempting to enter Europe are from Syria, where an ongoing civil war that began over four years ago has displaced 7 million Syrians within their own country and has created 4 million refugees. Funds collected through this appeal will go towards humanitarian aid for Syrians living through the suffering of war and those who have fled to other countries, including Lebanon, Jordan and Turkey, which are hosting the vast majority of Syrian refugees.

The Canadian government has announced the Syria Emergency Relief Fund and will match donations made by Canadians to organizations responding to this crisis, including Development and Peace, CNEWA and Aid to the Church in Need. Donations made before December 31st, 2015 are eligible for matching.

This fund was announced in the wake of a mass influx of refugees from Syria, as well as from Iraq, Afghanistan, Eritrea and other countries plagued by poverty, war and lack of human rights, that are making treacherous journeys to enter Europe. Pope Francis called on parishes around the world to open their doors to Syrian refugees, and dioceses across Canada have launched sponsorship initiatives.

In his open letter to Canadians earlier this month, the Most Reverend Paul-André Durocher, Archbishop of Gatineau and President of the Canadian Conference of Catholic Bishops, said: “The refugee crisis is an important moment to deepen our faith, extend our charity, and summon up hope. Together we can make a better world for all those in need, and so witness to Christ’s Kingdom.”

Canadians can show their solidarity by contributing to this appeal for humanitarian aid and/or to sponsorship programs in their dioceses. Collections will be taking place in parishes across Canada over the coming weeks, and Canadians can also donate directly to the organizations participating in this joint appeal by visiting their respective websites or contacting the organizations by phone.