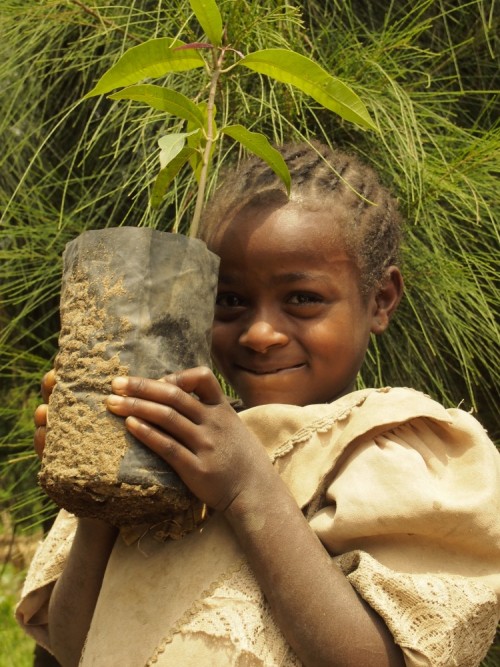 Development and Peace welcomes this week’s release of Pope Francis’ encyclical Laudato Si, which will be focused on the environment and care for creation. To be published on June 18th, the encyclical is expected to address climate change as a social injustice that requires urgent action.

“Climate change is escalating the number of disasters in the world today, and it is those in the poorest countries who are suffering the most from these disasters,” says Josianne Gauthier, Director of In-Canada programs at Development and Peace.

Founded by the Bishops of Canada in 1967 to take action in solidarity with the most poor and vulnerable in the Global South, Development and Peace works with local organizations in Africa, Asia, Latin America and the Middle East. Over the last years, the effects of climate change have been exacerbating the already precarious situation of people living in poverty and facing hunger. They are experiencing droughts, extreme storms and floods, despite contributing the least to the carbon emissions that are creating climatic changes.

“It is an issue of justice because the poor are not only the ones suffering the most from conditions they did not create, they are also the least equipped to deal with these impacts. We welcome the Pope bringing attention to this injustice and calling on world leaders, especially those of wealthy countries like Canada, to take responsibility for the damage they have done to the planet and its people,” adds Gauthier.

Through its work, Development and Peace is supporting communities in dealing with the consequences of climate change, whether by helping small family farmers adapt their agricultural practices, aiding in reconstruction efforts after a disaster or fighting the degradation of their environments in the face of resource extraction. These efforts, however, risk to be undermined, and decades of development work could be undone, if temperatures continue to rise and societies continue to rely so heavily on fossil fuels.

This fall, Development and Peace will be launching its Create a Climate of Change campaign asking Canadians to take action through lifestyle changes that are environmentally-responsible and by calling on the Prime Minister of Canada to agree to a universally binding agreement at the COP21 climate change negotiations in Paris in December.

“We really look forward to the content of this encyclical and how it will guide us in our own work and in our upcoming campaign. With this encyclical, the Pope can truly inspire global change, and we are excited to support that,” says Gauthier.