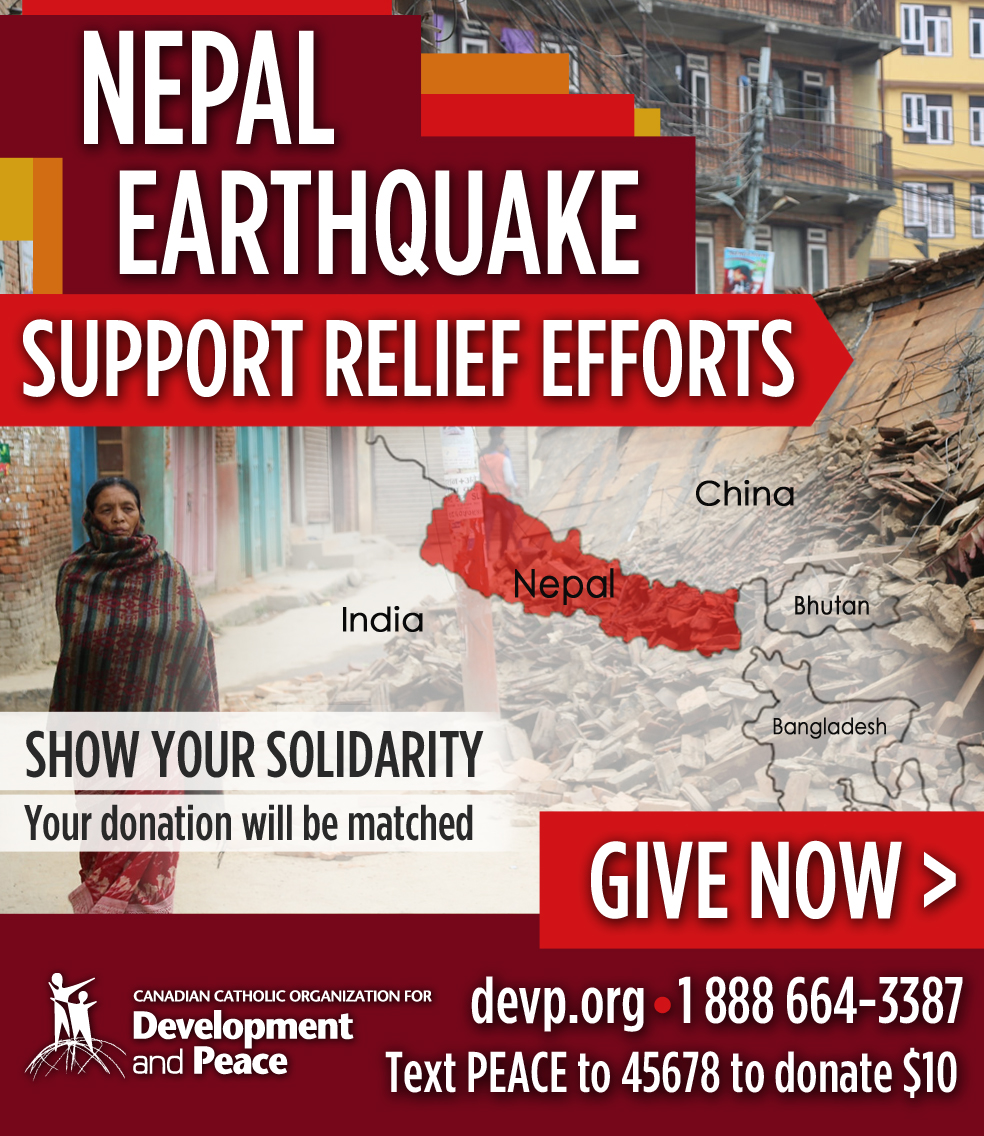 The Most Reverend Paul-André Durocher, Archbishop of Gatineau and President of the Canadian Conference of Catholic Bishops, has announced a joint emergency campaign with the Canadian Catholic Organization for Development and Peace to raise funds for the victims of the earthquake in Nepal. In addition, the Government of Canada has announced it will match any contributions to assist Nepal which are collected by May 25, 2015.

Catholic Bishops across Canada are already encouraging parishes and other groups to organize special collections, with the funds collected to be received by Development and Peace before May 25.  Donations sent to CCODP should be marked “Nepal Earthquake Relief Fund”. Development and Peace is working in collaboration with the other Caritas members in the region, including Caritas Nepal, Caritas India, and the Catholic Relief Services office in India.

In his Regina Coeli message on April 28, Pope Francis prayed “for the victims, those wounded and for all those who suffer because of this calamity." He said he hoped those affected would find support in “fraternal solidarity". The Holy See also announced that the Holy Father contributed $100,000 through the Pontifical Council Cor Unum to assist the victims of the earthquake.

Based on current information, the April 24 earthquake has affected some seven million people in Nepal’s 34 districts, leaving one million homeless and around two million children in need of assistance, with an estimated 400,000 buildings destroyed. Media report that people and whole villages have been buried by landslides and avalanches triggered by the earthquake and aftershocks. The number of casualties is expected to become much higher as rescue teams try to make their way into more remote areas.

Donations can be made by telephone (1 888 664-3387), online at www.devp.org/donate/nepal or by sending a cheque made out to Development and Peace and indicating Nepal Earthquake to: