Development and Peace calls on Canadian government to act for peace 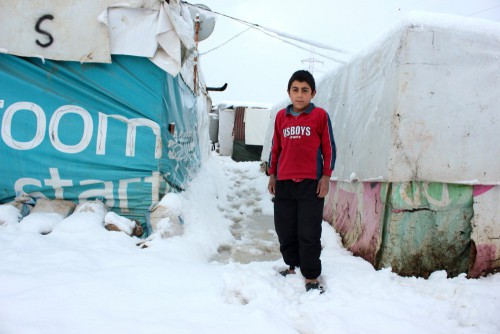 With no end in sight to the current conflict in Syria, Development and Peace is calling on the Canadian government to take action to ensure the safety and needs of civilians, and to make greater efforts for an inclusive peace process.

The war in Syria has been raging for four years now, and has created a massive humanitarian crisis in the region. There are over 12 million people in Syria in need of aid and that is without counting the 3.5 million Syrians who are now refugees, most of whom are in Turkey, Lebanon and Jordan.

Development and Peace has contributed over $13 million, including funding from the Department of Foreign Affairs, Trade and Development Canada, towards humanitarian aid projects in response to this crisis.

“We’ve been working with local organizations in Syria, and in neighbouring countries hosting refugees, to provide humanitarian aid to the most vulnerable – but it is not enough. If Syrians are to have hope of a better future, the international community, including Canada, needs to take concrete steps towards peace,” says Guy Des Aulniers, Emergencies Program Officer at Development and Peace.

In February 2014, the United Nations Security Council passed a resolution that called for an end to direct and indiscriminate attacks against civilians in Syria and for a guarantee that humanitarian aid would reach the millions of people who need it. Yet, one year later the armed conflict is more intense than ever, and attacks against civilian areas continue, as does the use of weapons that kill indiscriminately. In addition, the delivery of humanitarian aid is still severely hindered.

Development and Peace has launched a petition that calls for a political solution to this crisis, and is asking Canadians to show their solidarity by signing the petition online at devp.org/syria.

To learn more about Development and Peace’s response to the crisis in Syria, visit our website at devp.org/syria, where you can read our special report Crisis in Syria: Giving Hope through Solidarity.