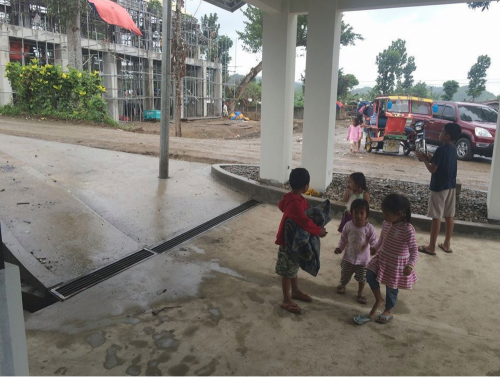 Barely one year after the devastation of Typhoon Haiyan, the Philippines has had to brace itself for the arrival of another typhoon. The extensive work done by Development and Peace and its partners in helping communities become more resilient after Haiyan, and the lessons learned by authorities from that disaster, allowed for effective preparation and evacuation, and limited the impact of Typhoon Hagupit (locally known as Ruby).

After last year's Super Typhoon Haiyan,which according to the United Nations affected 14 million people, left over 7,000 dead or missing, displaced more than 4 million people, and in certain areas destroyed up to 90 percent of houses and infrastructure, Development and Peace through the generosity of Canadians, has been implementing a relief and reconstruction program with its partners. Partners are reporting that new houses built this year through this program have remained intact.

The extent of damage from Haiyan, however, is still evident and the country continues to recover from its effects. Despite all efforts made, Typhoon Hagupit, which has now weakened into a tropical storm, has left much damage in its wake. Initial reports have cited 27 deaths, and the total or partial destruction of 2,500 houses. As of December 8, an estimated 227,000 families are in 687 evacuation centres across seven affected regions and Metro Manila. Development and Peace continues to be in direct communication with its partners in the Philippines and is waiting for their full assessment of the damages, losses, as well as their humanitarian needs stemming from this new typhoon. Development and Peace has already created an emergency fund to be made available to our partners for their immediate needs and is accepting donations from the general public.

Our thoughts and prayers go out to the families of the victims and all those in the Philippines who are suffering the consequences of this natural disaster.