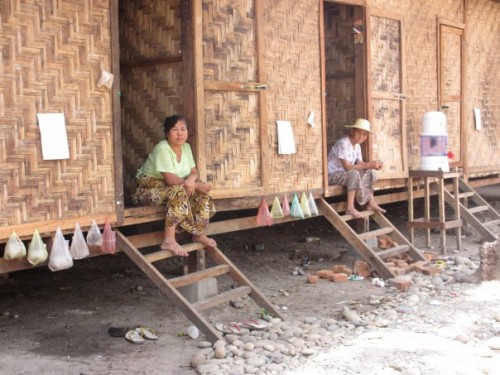 Fighting between the Burmese Army and the Kachin Independence Army (KIA) in the North of Burma over the last two years has led to the displacement of 75,000 people in the region. Many have taken refuge in camps, however, basic necessities and services in the camps are scarce, leaving the displaced in a highly vulnerable position.

Development and Peace is supporting those affected through a contribution of $50,000 towards humanitarian aid activities being organized by Karuna Myanmar Social Services (KMSS), the social development agency of the Catholic Church in Burma. The organization is working to improve living conditions in the camps by providing basic aid and services, including food distributions, support to medical clinics, provision of hygiene kits, schooling for children and grants to help families start small businesses, such as poultry farming.

Until recently, Burma was one of the most isolated countries in the world due to years of military rule. The country opened slightly to the international community in the aftermath of Cyclone Nargis in 2008 to allow for relief efforts. At the time, Development and Peace raised $2.4 million for victims of the disaster and supported the efforts of KMSS in its response.

Despite a transition to democracy that began with general elections in 2010, Burma remains one of the most impoverished countries in Asia.  Ethnic tensions exist in several regions, including Kachin State, and have led to frequent clashes between separatist groups and the military. These factors have created enormous humanitarian needs for those displaced by fighting.

The Kachin community here in Canada has been working to raise awareness of human rights violations in Kachin state and showed its solidarity by raising $1,000 for Development and Peace’s response to the humanitarian needs of the displaced.

For those wishing to contribute to this emergency response, donations can be made by phone (1 888 234-8533) or by sending a cheque made out to Development and Peace (please indicate Burma IDPs) to the following address: