Development and Peace to premiere "A New Leaf", a documentary about the crisis in the Sahel 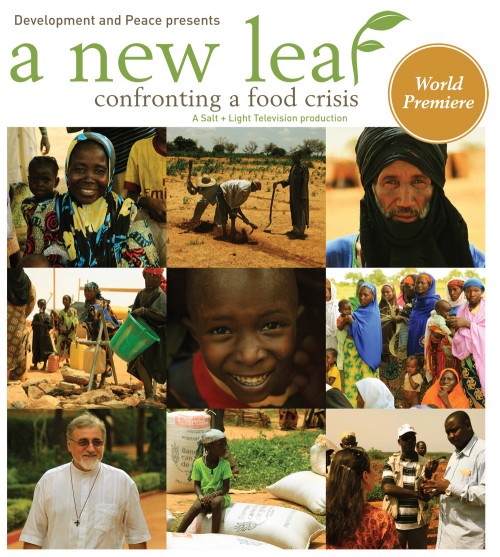 Development and Peace is hosting a series of free premiere screenings of the documentary A New Leaf in several cities across Canada this week.

The film, which chronicles the food crisis that put 18 million people at risk of hunger in the Sahel region of West Africa this past summer, was produced by Salt+Light Television in collaboration with Development and Peace and the Canadian Foodgrains Bank.

Screenings will be held in Ottawa, Toronto, Winnipeg, Vancouver and Victoria, and will be followed by a panel discussion about the documentary, food security, development issues and the impact of the conflict in Mali on the region. The panel will feature special guest Father Isidore Ouedraogo, Executive Secretary of Caritas Burkina Faso, a local organization supported by Development and Peace that is responding to the needs of the population in the country, including refugees from Mali.

Father Isidore will be available for interviews, as well as other panellists Kris Dmytrenko, director of the documentary, and Kelly Di Domenico, Communications Officer for Development and Peace.