Sea change needed to bring lasting peace in the DRC 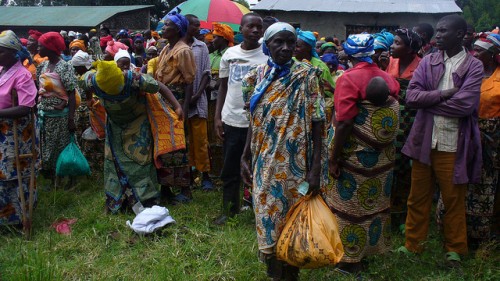 The taking of Goma in eastern Democratic Republic of Congo (DRC) by the March 23 Movement (M23) is a major affront to international law and to the largest and most expensive United Nations peacekeeping mission in operation. It has intensified an already alarming humanitarian crisis.

The proven involvement of Rwanda, which is a member of the Security Council of the United Nations, in the military operations of a rebel group within Congolese territory places the international community in an uncharted situation that requires new strategies.

These latest events reveal facts that must be taken into consideration to put an end to the ongoing and repeating crises imposed on the people of eastern DRC:

• In violation of international law, Rwanda and Uganda are supporting the M23 rebellion that threatens the territorial integrity of the Congo. They must necessarily be part of the solution to the crisis. However, it should be noted that they are also part of the problem. A review of bilateral relations with each country is required.

• The International Conference on the Great Lakes Region (ICGLR), whose creation has been greatly supported by the Group of Friends of the region, particularly in Canada, has lost its credibility and has not demonstrated its ability to enforce its members’ Pact on Peace, Security, Stability and Development in the Great Lakes Region adopted in 2006 and brought into force in 2008.

• The Congolese political authorities in place from the latest election with unverifiable results have very limited legitimacy among the population. This greatly limits their ability to provide a consensual and lasting solution to this crisis.

In these circumstances, and given the seriousness of the current crisis, the Government of Canada should:

• Demand a cease-fire and the respect for humanitarian law by all sides: M23, FARDC and their allied militias, as well as by foreign troops in the DRC;

• Condemn Rwanda and Uganda for the support they give to the M23, demand an end to such aid and impose sanctions against these regimes (arms embargo, questioning their participation in international organizations, etc.);

• Call on the Sanctions Committee of the United Nations to include on its list of individuals and entities, Rwandan and Ugandan leaders involved in the destabilizing activities of M23 that have led to serious abuses against civilians, abuse for which they are directly or indirectly responsible;

• Press for MONUSCO, rather than a hypothetical ICGLR force, to be given the mandate to monitor the border between Rwanda and the DRC.