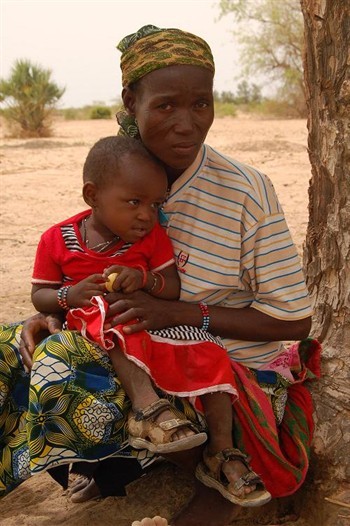 In response to a major hunger crisis in West Africa, where an estimated 15.6 million people are facing food shortages, Development and Peace is planning a $5 million response to help 14,500 people in Niger, Mali and Burkina Faso.

The response is being done in collaboration with the Canadian Foodgrains Bank, a partnership of 15 churches and church agencies working together to end global hunger.

“The situation is urgent,” says Guy Des Aulniers, Emergency Relief Programs Officer at Development and Peace. “The crisis is expected to worsen over the next few weeks, as food supply reserves continue to be depleted and the purchase of basic food essentials remains out of reach for many due to rising costs.”

Conflict in Mali has also caused the displacement of thousands, he adds, noting that it has contributed to the vulnerability of host communities in Mali and neighbouring countries.

Jim Cornelius, Executive Director of the Canadian Foodgrains Bank, recently travelled to Niger and describes the situation there as extremely serious.

“Many people in Niger are already living close to the margin,” he says. “A drought like the one they experienced this year is pushing them over the edge.”

The projects are being organized by local Caritas partner organizations of Development and Peace, and are also being supported financially through the Foodgrains Bank by the Mennonite Central Committee, the United Church of Canada and the Canadian International Development Agency (CIDA).

“These projects will help bring relief to some of the most vulnerable people,” says Michael Casey, Executive Director of Development and Peace. “This is a major crisis, but sadly it has not received much attention. The needs are extensive, and will only increase.”

Development and Peace has been an active member of the Canadian Foodgrains Bank since 2007.