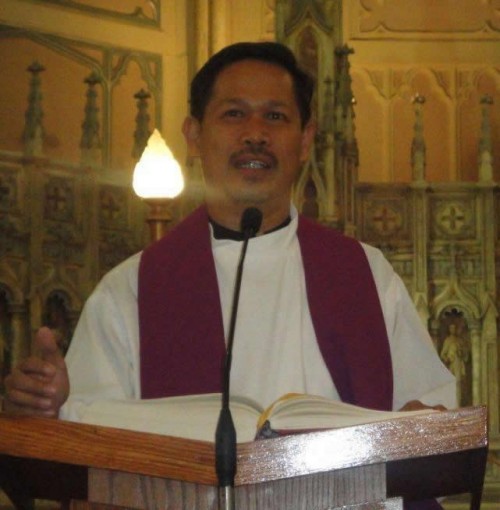 Development and Peace congratulates Father Edwin Gariguez, Executive Secretary of CBCP-NASSA/Caritas Philippines, on being honoured with the Goldman Prize for his outstanding efforts to protect the environment.

The Goldman Prize is awarded annually to grassroots environmental heroes from six continental regions of the world: Africa, Asia, Europe, Islands and Island Nations, North America, and South and Central America. The award was presented to Father Gariguez on April 16th at a ceremony in San Francisco.

Fr. Gariguez was selected for his courageous efforts to help indigenous communities on the Filipino island of Mindoro mobilize to oppose a concession for an open-pit nickel mine that would have had devastating impacts on the biodiversity of the island and the livelihoods and cultural heritage of the Mangyan indigenous communities living there.

By helping to form a coalition of various groups opposed to the mine, Fr. Gariguez led several actions to protest the concession, including a hunger strike before the Filipino Department of Environment and Natural Resources. Today, the mining project has ceased to move forward, and Fr. Gariguez has broadened his movement to the national level in order to continue to advocate for the respect of local communities and the environment throughout the Philippines.

Development and Peace has been collaborating with CBCP-NASSA for several years on mining issues and other issues of social injustice in the Philippines.

"The work of Fr. Gariguez is a testament to the courage and dedication of the people we have the privilege to collaborate with. He is an inspiration to all those involved in similar struggles and to us here in Canada, who must find ways to ensure that local communities are treated fairly in the face of foreign interests," said Michael Casey, Executive Director of Development and Peace.

Fr. Gariguez, who will receive $150,000 in financial support from the prize, plans to channel the funds back into the environmental struggle.