Community at epicentre of Haiti earthquake to get new housing 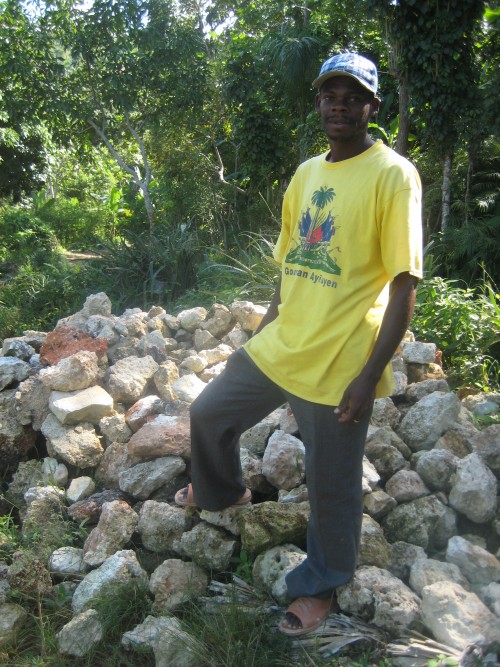 A Development and Peace project will soon result in new permanent houses for 450 to 475 earthquake-affected families in Haiti.

The houses will be built in Petit Boucan, a mountainous and isolated part of the region of Gressier, which was at the epicentre of the massive earthquake that struck Haiti on January 12th, 2010. Nearly all the houses in this impoverished area were destroyed as a result of the earthquake.

The project is being implemented in collaboration with local organization ITECA, which is based in the region, and has been a Development and Peace partner since 1988. The organization, which provides training to small-scale farmers to help them improve their productivity while preserving the environment, was committed to helping its community recover in the aftermath of the earthquake. ITECA is mobilizing the community, organizing consultations, and ensuring the participation and input of citizens in the design of the houses, which will contribute significantly to the sustainability of the project.

Quebec architectural firm ACDF is designing the houses, which will be anti-seismic, resistant to hurricanes, and will have adjacent rain-harvesting systems and latrines.

The houses will be destined for those identified as most vulnerable in the community, such as the elderly and female-headed households, and community members will receive training from ACDF so they can participate in construction, and be equipped to maintain the houses in the future.

“Working with a local organization that has the trust of the community ensures that the houses will truly meet the needs and realities of the people who will eventually inhabit them. Our aim is to improve their living conditions on the long-term,” says Paul Cliche, Assistant Director of International Programs at Development and Peace.

The project is expected to be completed towards the end of 2012.