When you are in difficulty, to find someone to help you is a joy 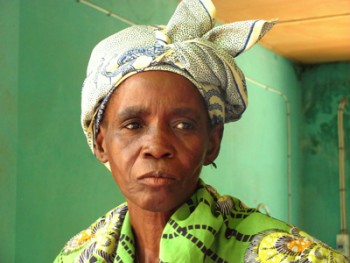 In the early morning Malian sun, members of Caritas Mali are getting organized for the first food distribution to take place in the Diocese of Sikasso. They are setting up rows of chairs, scales to measure out the beans, maize and oil that will be distributed to 93 households in the region and even some speakers to play music. Already, people are beginning to arrive with their carts pulled by donkeys, parking them one next to the other. Even the mayor has come to help launch the distribution.

“People are in need, but it is not their desire to be in this situation. Those far away saw that we were hungry and gave to help us, even if they don’t know us. When you are in difficulty, to find someone to help you is a joy,” he says to the crowd.

This region, like most in Mali, is experiencing food shortages due to last year’s poor rains. At a malnutrition treatment centre, run by a local religious order, a chart shows that the number of malnutrition cases in children has more than tripled since January. To help people make it through to the next harvest, Caritas Mali with support from Development and Peace and the Canadian Foodgrains Bank, is organizing free food distributions. The mayor helped Caritas Mali identify those who were most vulnerable in the community, including widows, pregnant and nursing mothers, men who are supporting very large households and people with physical disabilities, amongst others.

Sara Doua, 50, is a tiny woman. Her small frame seems to sag under the weight of her daily struggle to feed her family. When she became a widow 15 years ago, she began to make millet beer that she could sell, but after developing respiratory problems, she had to give up her trade. Now, she goes out into the bush to pick the leaves of the baobab tree, which are used to make a type of sauce here. It takes her about half a day to pick a bag, which she can then sell at the market for no more than $4. This year, however, with her crops all gone, she has also been forced to go door-to-door to ask for food.

Today, at the distribution she will be receiving 135 kilos of maize, 25 kilos of beans and 9 litres of oil, which should last her three months. “It has been at least five months since I have seen this much food in my house,” she tells me. “I won’t have to go door-to-door anymore. I can go out without shame. This has helped me reclaim my dignity.” Like everyone here, Sara is anxious to make her way home and begin to cook for her family. As some young men help her load up her cart, a smile blooms across her face. She is feeling the joy that the mayor speaks of, the joy of finding someone – even if it is someone from across the ocean that she doesn’t even know - to give her a helping hand.