As part of the inauguration of the first 50 houses of Development and Peace’s housing reconstruction project in Ti-Boucan, Haiti, Communications Officer Khoudia Ndiaye was on site to speak with future homeowners and others who participated in this project. 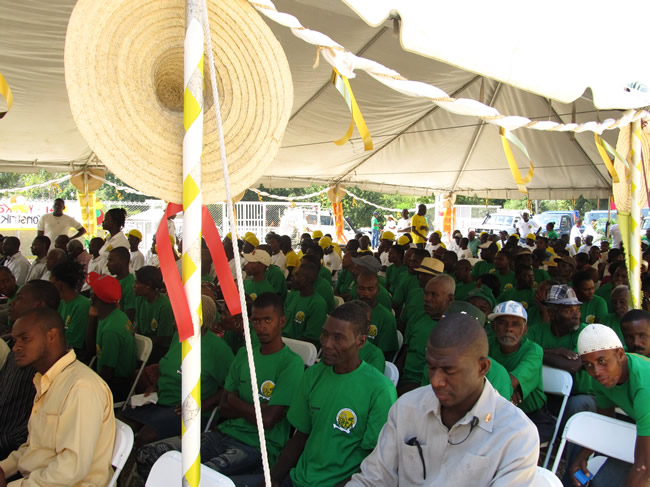 A crowd of nearly 300 people gathered in Ti-Boucan on February 5, 2013 for the inauguration ceremony in honour of our house-construction project.

A big top was set up across from the plant, where the families, sporting green tee shirts, assembled to share their joy with relatives, friends, neighbours and classmates, all of whom made the trip for the occasion. Three years after the earthquake, the time had come to celebrate, for the disaster-stricken families were receiving the keys to their new homes. 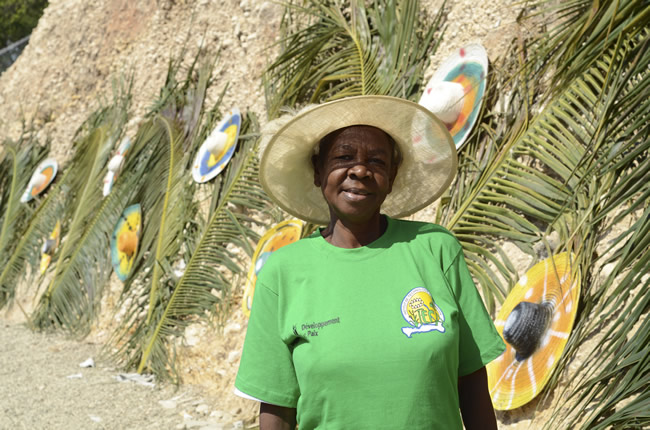 Seated at the end of a row, we found Yvonne Delcamize Simon who, like so many others, had lived for several years in a makeshift shelter in extremely precarious conditions. Beneath her great big straw hat, she told us with a smile, “I’m keen for the day to be over so I can sleep under my new roof.” 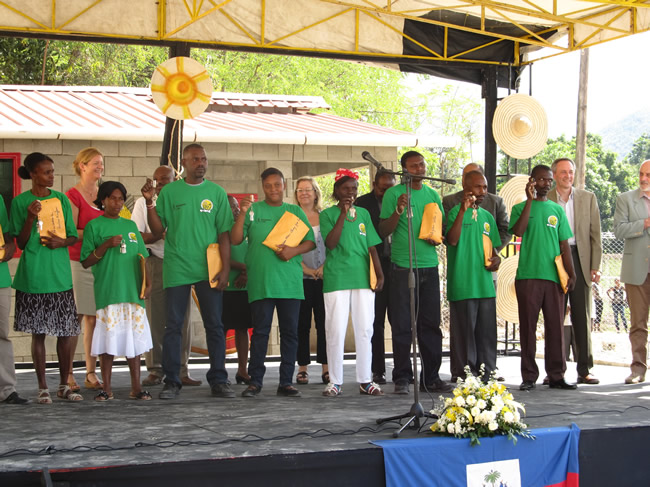 This was a day of recognition for the numerous months of non-stop work by hundreds of people who helped build 58 houses in mountainous, difficult-to-access areas. This means 58 families are able at long last to leave behind their tents and makeshift shelters and settle in homes designed to resist earthquakes and cyclones.

“Neither the families nor Ti-Boucan residents in general should be called project beneficiaries; they’re full-fledged participants who’ve worked every step of the way to make the 58 houses emerge from the ground up,” said Céliane Jolicoeur during her speech. 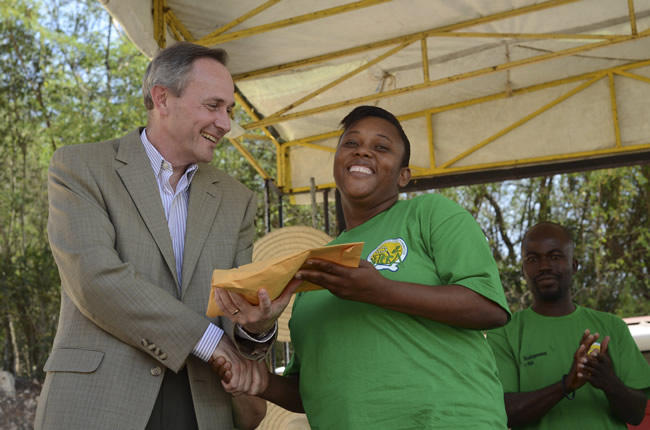 Henri Normandin, Canada’s ambassador to Haiti, also pointed out that “the concrete results of this work stem from the participation and commitment of each and every citizen of the area. This project also shows what great results we can obtain through solidarity in action.” All the guests underlined the importance of the community’s participation and recalled the slogan of the project: “Si se pa nou Se kiyès?” (If not us, who else?)

Gilio Brunelli, Director of International Programs at Development and Peace, also stressed that “our project is guided by a desire to enable disaster victims to live in a new house, especially a house where they can feel at home.”

After visiting the plant, Monsignor Toussaint blessed one of the houses built in the town of Sou Kafou. At the end of the day, the families could settle into their new homes and get on with their family lives in a fully dignified way. 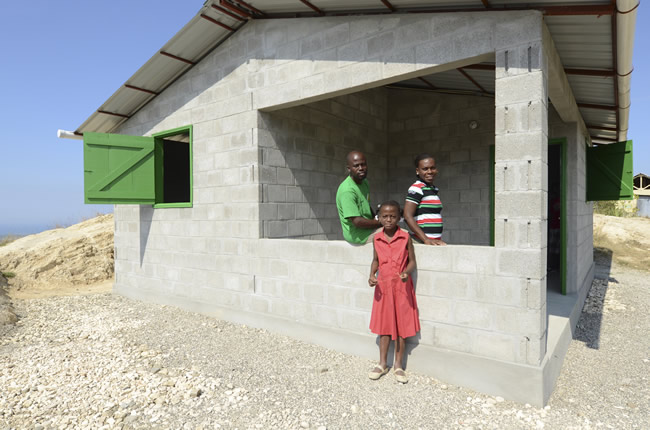