Temporary shelters distributed in hardest-hit areas of the Philippines 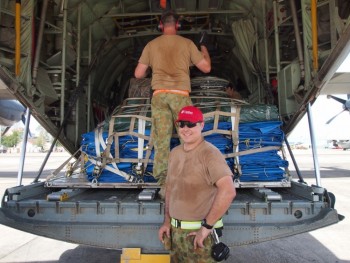 The city of Tacloban, one of the areas that suffered the worst devastation from Typhoon Haiyan, received some relief when the Caritas network delivered 500 tarpaulins to those left without shelter after the storm.

The tarps were transported by the Australian Air Force, who took the Caritas cargo from Cebu, the main hub of relief efforts, to Tacloban, on a C-130 Hercules.

“We saw the ceaseless activity of international aid and the challenges that come with it,” said Mark Mitchell, coordinator of the international Caritas emergency team responding to Typhoon Haiyan in the Philippines.

The action is ceaseless at the Cebu military airbase. Military cargo planes from the Philippines, Australia, New Zealand, China and Japan are in constant motion, taking materials to the areas hit by the storm and returning with survivors fleeing from the devastated cities.

The Caritas team accompanied the cargo to Tacloban. “The damage to Tacloban is incredible,” said Mark Mitchell. “The tarps are greatly needed by survivors for temporary shelter.” 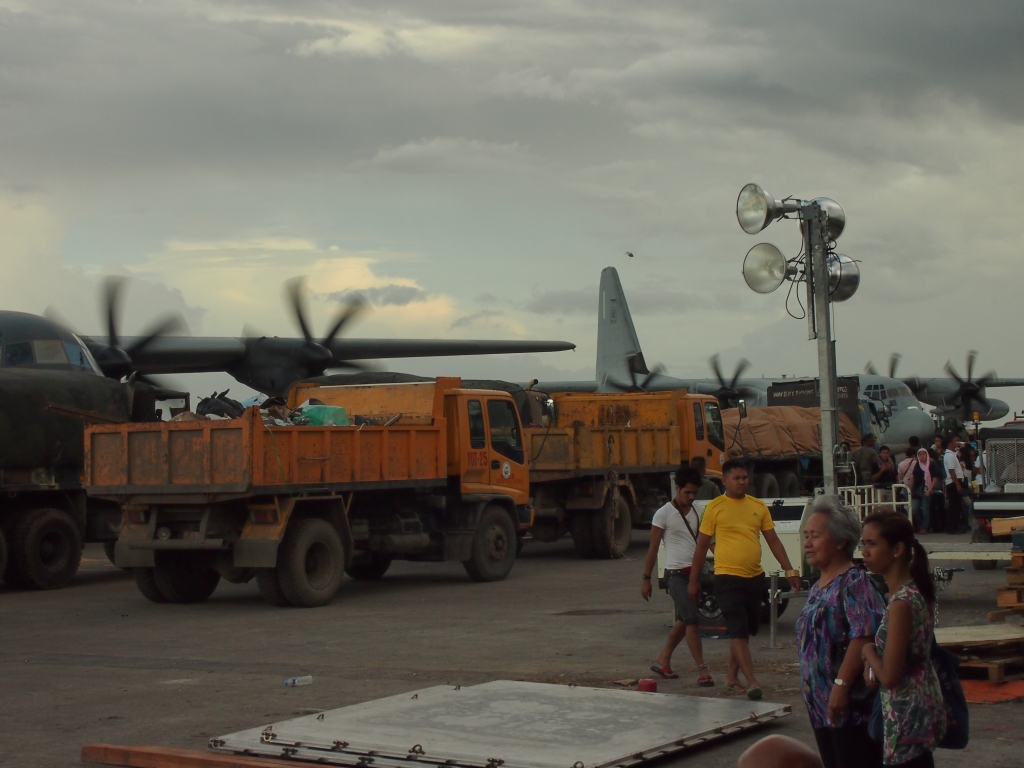 At the airport in Tacloban, Father Rick from Palo, a town further south down the coast, has come with a truck to get the tarps. They will be distributed over the next few days. They are among many thousands of tarpaulins and other items en route to the affected areas for the construction of emergency shelters.

In the airport, there is a long line of survivors waiting to be evacuated. Unlike in other less-affected areas that we’ve visited, the children we meet here don’t smile. Their faces are marked instead by fatigue and trauma.