The Pope Francis Village school in the Philippines nears completion

The local elementary school in the community of Diit is a beehive of activity these days. Diit is the community near the city of Tacloban, where Development and Peace and several of its partners are working together to build a resettlement site called the Pope Francis Village that will provide a new beginning for 550 families affected by Typhoon Haiyan.

The families themselves have been heavily consulted in the design and planning of the village, and they are now even the ones doing the manual labour! Their first project has been the construction of an extension to the local elementary school to help accommodate the additional students who will be attending the school next year when their families move to Diit. 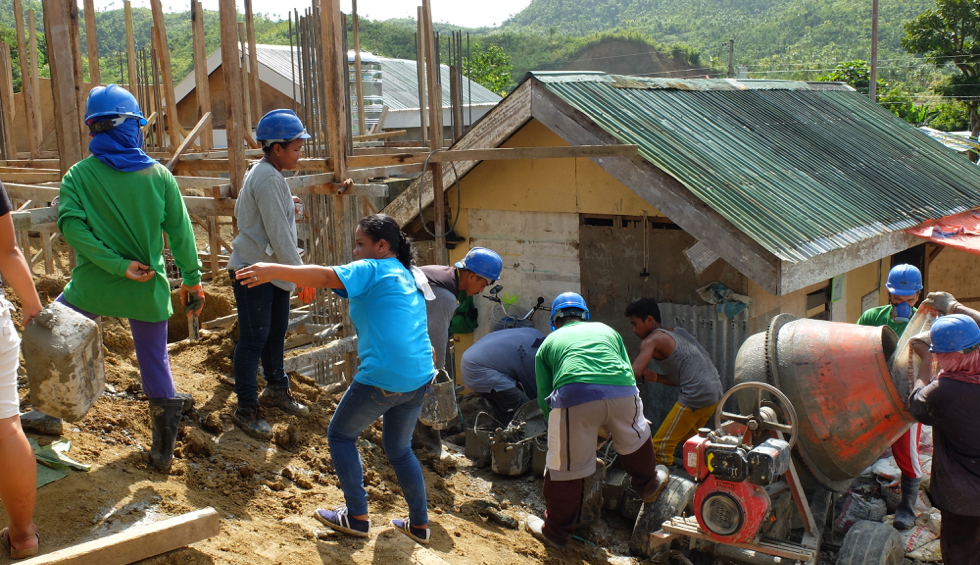 It is the community members themselves who are building the school.

The women and men working on the site received free training from the Technical Education and Skills Development Authority (TESDA) of the Philippine government. They were taught skills in masonry, electricity, plumbing and carpentry, and in the process became certified professionals, which will allow them to contribute to the construction of the houses on the resettlement site and to continue to earn a livelihood from their trade.

The construction of the school extension has been a priority and is making swift progress. It is being built in partnership with the Greater St. Albert Catholic Schools in Edmonton, Alberta where students are doing fundraising in solidarity with the children who will be attending the school as a legacy project to celebrate the school board’s 150th anniversary.

Not your typical construction site

At the construction site of the school extension, the community members are putting their new skills to work, mixing and hauling buckets of cement, compacting the soil and installing steel rods. Despite the sweltering heat, the construction team works from sunrise to sundown, six days a week to help ensure that the school is built on time.

The two-storey building is being built on higher ground behind the current school, and will house six classrooms. A deep foundation has been dug to ensure the stability of the structure, which will be earthquake-resistant. The sturdy and structurally-sound construction means that it can also be used as an evacuation centre during emergencies, such as typhoons and other natural disasters.

Haide Magos Bacus is one of the civil engineers overseeing the construction of the site. She checks carefully the work being done to make sure that everything is up to code at each step.

She mentions that it is not easy being a woman in a male-dominated field like engineering, noting that she was the only girl in her university class. She definitely does not feel out-of-place at the school construction site, however, where there is a visible presence of many women donning construction hats and participating in the physical labour at hand.

“This is not your typical construction site,” notes Haide. “There is a real spirit of cooperation. What motivates the workers is that their children will be coming to the school.” Although it has been stressful at times working with a newly-trained team, she sees the benefits and knows they are honing their skills daily, which will allow the team to be fully prepared for construction of the Pope Francis Village. 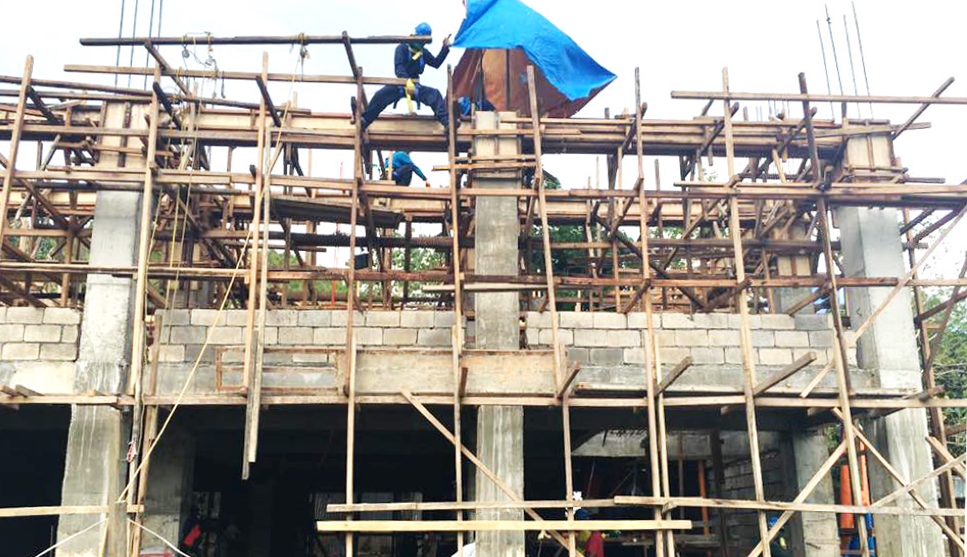 The deep foundation is one of the elements to make the building secure in case of an earthquake. 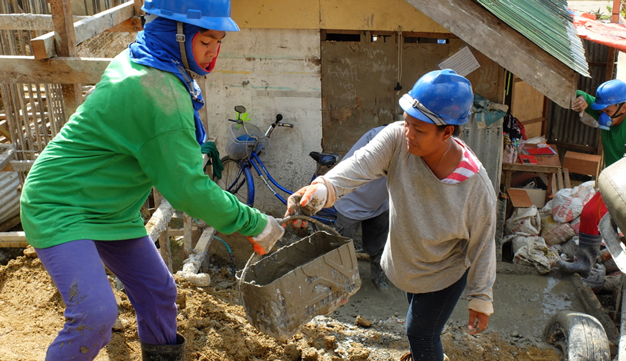 The members of the construction team work six days a week.

The school extension is set to be completed in July 2016.