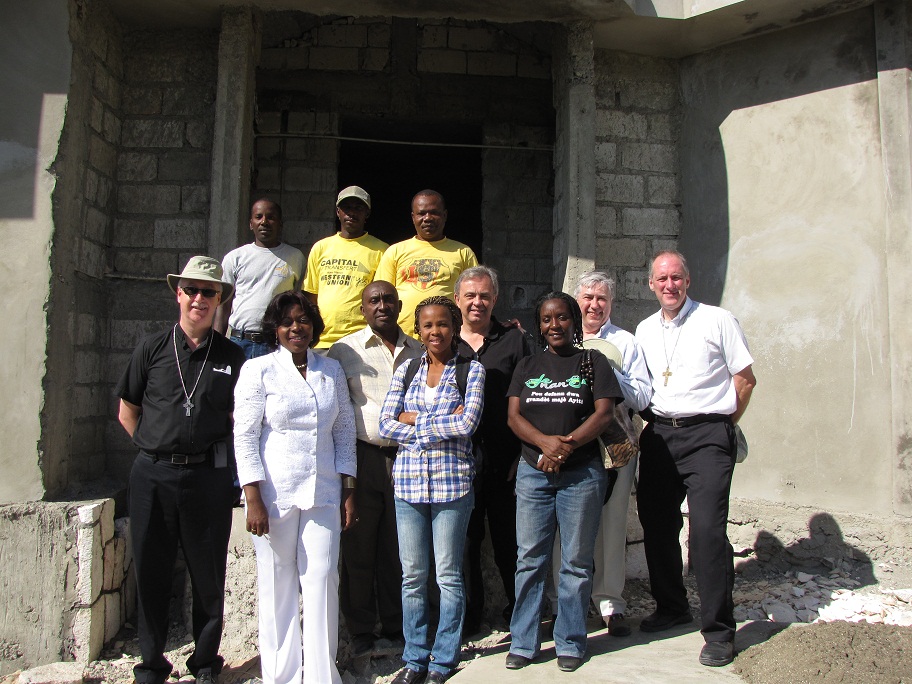 On the porch of the Fanm Deside house in Jacmel, Medjine Adonis, whom we met yesterday, was awaiting the return of the members of the delegation from their day of field visits in the countryside. Speaking to the Most Reverend Richard Smith, President of the Canadian Conference of Catholic Bishops, this woman who has been living in a tent in a camp since January 12, 2010, said: “Your Excellency, pray for us.” And the Archbishop of Edmonton replied, "And you, madam, pray for us!"

Early this morning, the six members of the joint CCCB-Development and Peace delegation were back on the road to meet some women who would give them some genuine lessons in courage, solidarity and social commitment. First stop: the future shelter for abused women. Development and Peace helped buy the land for this very first resource of its kind in the region. Workers were busy finishing up the outside. There is still the layout of the interior and the courtyard to finish up before women and children will be able to stay there. But the officials insisted with great pride that we visit everywhere, including the small playroom for children. After the official photo in front of the entrance, they asked Archbishop Smith to bless the site. 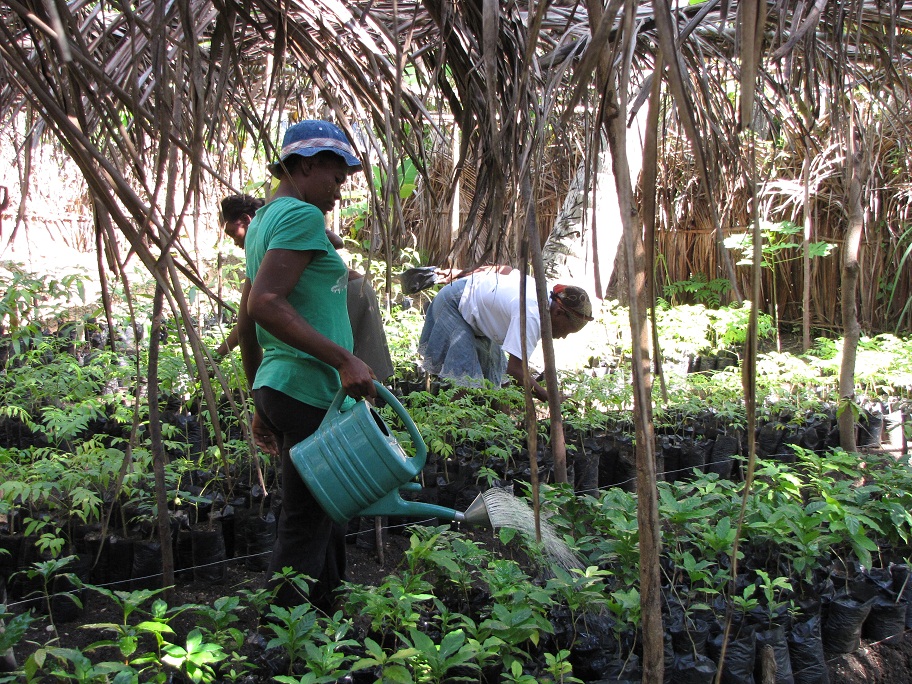 Then there were visits to the two nurseries being run by the women and organizations connected to Fanm Deside. In Cayes Jacmel and Fonds Jean Noël, women have laid out the land, built fences and prepared thousands of plants that will be given to women and their families so they can plant them around their houses. They can eat the fruits and vegetables, and bring the surplus to market. We met while they were busy watering the plants, all of various sizes and inserted into small sacks of soil. When they are asked how many plants there are, they give the exact number: 7,642 plants in Cayes Jacmel and 6,213 in Fonds Jean Noël.

“All these women work at the nursery, but they aren’t paid,” said Marie-Ange Noël, coordinator of Fanm Deside. “They work for the good of the community.” Of course, before long, they will receive a goat, some shrubs and seedlings for their garden. “But they earn a lot more. Autonomy and self-esteem,” she notes.

The women of Cayes Jacmel singing songs of determination and hope: