The Philippines: Community resistance to mining 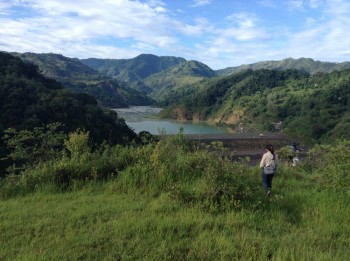 As part of the International People’s Conference on Mining, I had the chance to participate in a solidarity visit to the city of Mankayan in the Province of Benguet in the Philippines.

This visit, which was organized by the Cordilleria People Alliance (CPA) and Development and Peace partner the Center for Environmental Concerns (CEC), allowed me to meet some extraordinary people who are leading a pacific, yet determined resistance against the actions of the Lepanto Consolidated Mining Company.

Mining is not new in this region of the Philippines. Since 1903, the province of Benguet has experienced the reign of more than 14 mining companies. Lepanto is one of only two companies still operating in Mankayan. Its activities have caused environmental destruction, the displacement of communities and the violation of the rights of workers and of the local population.

The quality of life of communities living near the mine has deteriorated and this is a direct result of mining in the region. As a result, communities organized themselves in order to resist this situation. The community of Ballilli, for example, succeeded in blocking the expansion of the Lepanto mine thanks to a barricade that lasted more than a year. The entire community participated in creating this barricade, including children, women and men.

Lillian, who is one of the women leaders of this resistance movement, has paid a high price for her participation in the barricade. Like 122 of her companions, she is now facing civil and criminal prosecution for impacting the company’s operations and diminishing its profits. However, for the people of Mankayan, it is not a question of profit, but a question of survival.

As Lilian says so well, “It is not through gold that we live, but thanks to the crops we grow and the water we drink. Saying no to Lepanto is saying yes to life. Resistance is not a choice, but a necessity.”

The mine has contaminated the water, the soil and is affecting the community’s agriculture. Not only can people no longer live in dignity, their health is being severely affected.

As Gloria Chicaiza of Accion Ecologica Ecuador, another participant on this solidarity mission, noted: “The struggle of these communities is just and necessary because their wealth is not measured in money. Their wealth is in their culture, their solidarity and their territory. The profits and money that the company can give to a few individuals in the community can never compensate for that wealth.”