Not enough food when it is needed the most

Niger, like most of the countries in the Sahel, only has one rainy season, which means that the harvest that is cultivated from that rain is crucial to survive through the coming year. The time to plant the harvest, however, comes at a time when last year’s crop is nearly depleted and there is little, if anything, left to eat. It is a time when there is not enough food when it is needed most. To plant a field and work the soil requires energy, energy that is hard to find when there is nothing to eat.

This year, the challenges of getting the crop planted are particularly daunting. Stocks have already been depleted for months due to a poor rainy season last year, and as a way to cope, families are eating smaller portions and picking leaves from the trees to make a soup with a bit of salt, just to have something in their stomachs. 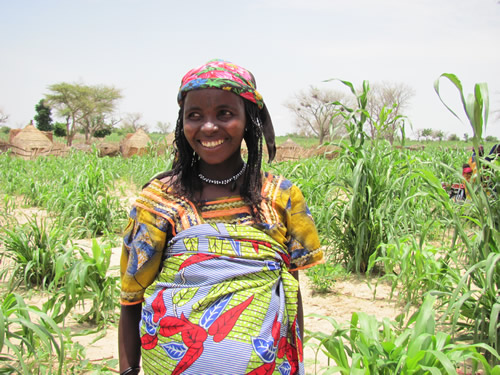 Last year’s bad harvest has also led many young men in villages to leave for the city or even other countries to try to find work to send some money home, which means that they are not there to plant the crop. In the village of Wada Rma, Mariam Asse hasn’t seen her husband in eight months, since he left for Libya to find work. She has not heard from him since he left and has no idea if or when he will be returning. She is nine months pregnant and has three other young children at home. She tells me that she tries to feed them one or two meals a day, but she has watched her children grow thin and weak. It weighs heavily on her mind, and to make some income, she has been working in other people’s fields. Even now, on the verge of giving birth, she continues to do manual labour in the fields so she can provide food for her children. 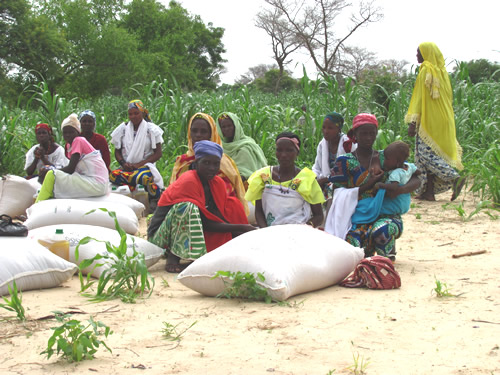 Today, however, she is receiving some relief. Caritas Niger, with support from Development and Peace and the Canadian Foodgrains Bank, is organizing a free food distribution. Her hands cradling her small belly, Mariam is waiting in line to receive a sack of millet, a bag of beans and some vegetable oil. It is enough food to last a month, for Mariam a critical month when her baby will arrive and she will need enough food to be able to nurse her newborn. "This came at the moment when it was really needed, as if it fell from the sky from God," she tells me. For the other 325 households that are receiving the same portions of food, it means strength to get the crop planted and harvested, relief for widows and those with physical disabilities who can’t work the fields, and for mothers like Mariam, it means seeing health in the eyes of their children.