In Northern Iraq, solidarity for the displaced is a sign of hope 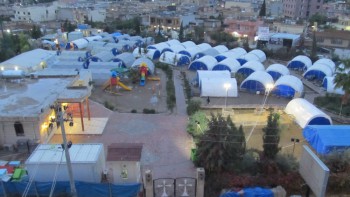 It’s Monday morning in Erbil. It’s 6 a.m. and the sun still hasn’t come up. Santa Lucia Church is situated just across from the hotel where I’m staying. From my window, I can count about 40 tents, placed closely together, one glued to the other. In each tent, there are partitions which separate the three families that live there (each family consists of about 8 people), the rooms and the kitchens. Although there is heating, the ground is only covered with a burlap rug.

It’s raining this morning, and it can’t be more than 10 degrees Celsius outside. Winter here in Iraq (they do have winter here, which can be very cold, and it is not uncommon for it to snow) arrives officially on December 15. The camp hosts displaced Christians and Yezidis who had to flee attacks by the Islamic State of Iraq and the Levant (ISIS), which has been targeting these groups since last August. Nabil, the director of Caritas Iraq who is accompanying me, told me that this is one of the “best” camps in the region: access to water is easier than elsewhere, the local Syriac priest is welcoming and opens his church for different events, there are games for children, etc.

I am in Erbil (Erbil, according to Wikipedia, is the oldest inhabited city in the world, dating back to 6,000 years B.C. - 6000 years!!!) to observe the work of Caritas Iraq and Catholic Relief Services (CRS) to help some 800,000 displaced people in the region. This is my first visit to Iraq. I expected the worst upon arriving here, but mostly found a modern city that by all appearances, is well-organized. In recent years, the oil boom has benefitted the regional economy - and the separatist tendencies of the Kurdish population, who have been left to brood over the refusal of the central government in Baghdad to pay local government officials because it believes that Kurdish authorities are not paying oil royalties.

The day after I arrived, I left for the region of Dohuk, where most of the displaced fleeing Mosul have taken refuge. The road is very good but the multiple military check points - excluding lines of trucks coming from or towards Turkey or Syria - slow down the pace.

We arrive at Shamra, about thirty kilometres from the zones controlled by ISIS. Here, you can find everything for the displaced. There are large camps with thousands of tents and an abandoned school that is now occupied by hundreds of families but where nobody wants to go to. CRS and Caritas Iraq have opted rather to repair abandoned houses, by adding latrines, doors and windows. In exchange, the municipality and the homeowners have committed to providing free rent for the displaced over the next two years. 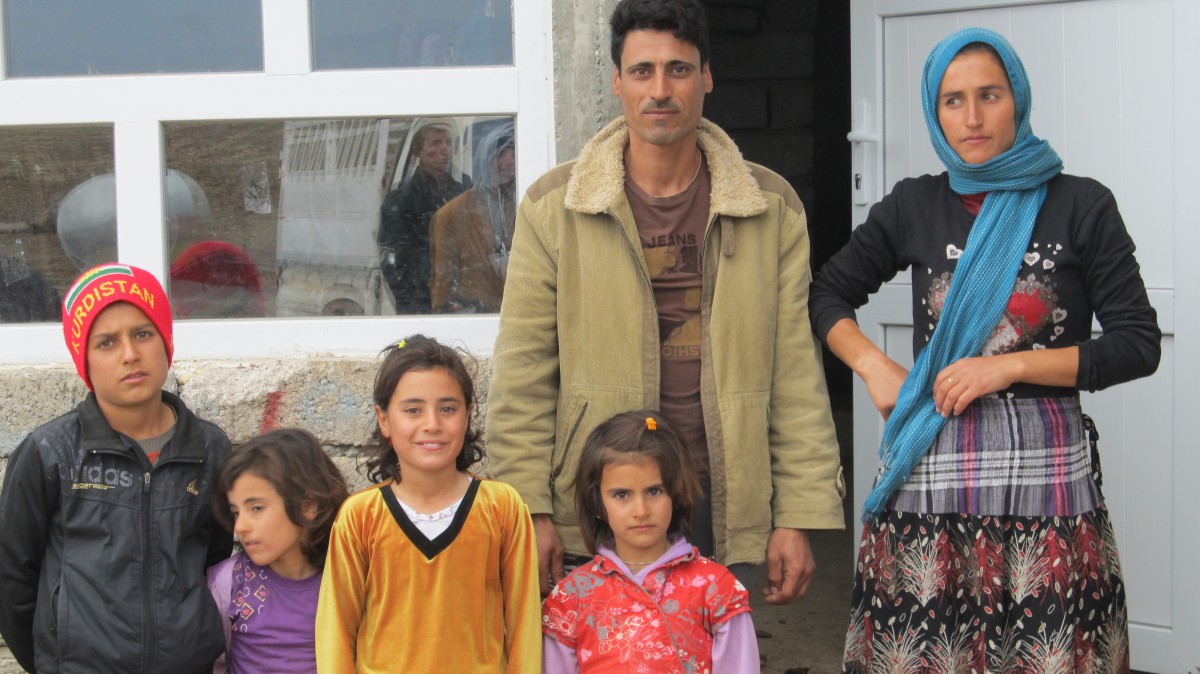 While there, I met Tamim, who lives - with two other families – in one of these houses with his wife, five children and two sisters. Tamim is Yazidi (Yazidism is one of the oldest monotheistic religions, notably created before Judaism). He fled Mosul in the night and could not bring anything with him. He has no news of his friends and family, and no way of receiving any. He can’t help but to imagine the worst.

Tamim is a worker and, like those of his community, he does not have many resources and is considered by some as a second-class citizen. He is happy to be here in this community of about ten houses, where children can play freely outside and, above all, he can protect his family from the winter conditions.

And then there are the air strikes. Contrary to Lebanon, where the Syrians I met there were all opposed to air strikes, most of the people here are in favour, mainly because they do succeed in stopping the advancement of ISIS. Both the Iraqi and Kurdish armies (peshmergas), have been unable to repel ISIS. No one, however, wants an intervention on the ground.

Having regained a sense of “security," Hani El-Mahdi, CRS director in Iraq, told me that now the fear is of suicide attacks. And he was right: the day after I left, a suicide car bomb went off in Erbil killing at least six people and leaving more than thirty wounded.

The light at the end of the tunnel is hard to perceive for the people in this region. But the solidarity being expressed by people, the mixed working teams (Muslims, Christians, men, women) and the resilience of the displaced have to inspire us to keep hope.

For my part, all I have to do is think of Youssef, the young engineer who left his job in the private sector to join the ranks of Caritas Iraq. Day after day, he is there at the construction sites to verify the work and ensure that the displaced are treated with dignity. But it doesn’t surprise me, Youssef speaks Aramaic, the language of Jesus Christ - as we like to tease him!