Nepal: Four years after the 2015 earthquakes 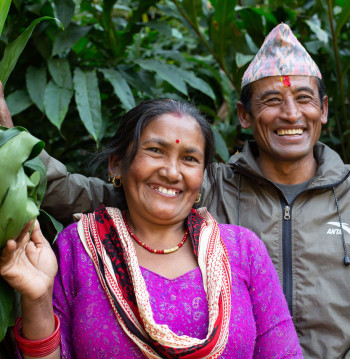 Four years ago, on April 25th, 2015, Nepal was struck by a massive earthquake measuring 7.9 on the Richter scale. That event was followed by several aftershocks, the most violent of which (magnitude 7.3) struck on May 12th, 2015. Loss of life was significant with 8,790 dead or missing, and a further 22,300 injured. Material damages were also considerable. An estimated 882,000 houses were damaged or destroyed, throwing one million Nepalese women and men below the poverty line.

Development and Peace – Caritas Canada quickly contributed $200,000 to the emergency relief appeal that was launched by the Caritas network to help affected communities. Through a joint funding appeal with the Canadian Conference of Catholic Bishops and thanks to the solidarity of thousands of Canadians, Development and Peace raised a further $4.8 million. These donations were put towards an emergency and reconstruction program that was carried out over the last four years.

The first year of support was devoted to emergency actions, but from the outset, also integrated a long-term reconstruction-and-development approach aimed at meeting the basic needs of the population, promoting the participation of communities and contributing to the protection of women and children.

To commemorate the fourth year of the disaster, Development and Peace is presenting the results of its 2015-2019 program, which was implemented in collaboration with local organizations.

“Development and Peace is proud of the work accomplished over the past four years. Our partners worked with those affected by this disaster to ensure their dignity and improve their lives. The final evaluation of our program noted an increase in community resilience and self-confidence, improved relationships with local authorities, youth who feel more empowered, enhanced civic engagement and the strengthened capacity of our partners,” says Stéphane Vinhas, Humanitarian Coordinator at Development and Peace – Caritas Canada.

Our Nepal emergency and reconstruction program reached 630,000 of the most vulnerable survivors of the earthquakes.

On this commemorative day, we are thinking of the earthquake’s victims and want to thank all the individuals who made this reconstruction program possible through their donations, and our partners, whose work helped those most affected rebuild their lives.

THANK YOU TO OUR DONORS

Development and Peace warmly thanks all of its donors and partners who helped the Nepalese people directly affected by this disaster.