From Montreal to Jacmel 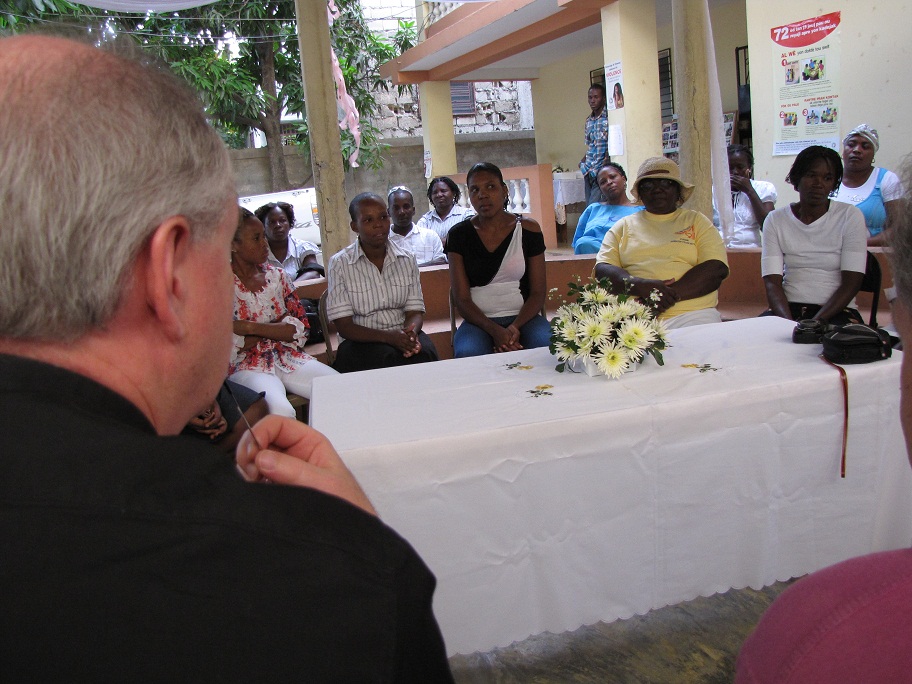 "I've been living in tents since January 12, 2010," says Medjine Adonis. "Fortunately, Fanm Deside is there to help us." Services are rudimentary in these makeshift camps. These little canvas houses don't have a door. Consequence: constant insecurity. Theft and rape are commonplace. And there are injured women who have been victims of sexual violence coming to Fanm Deside in Jacmel every day.

(While the delegation was listening to Medjine, a woman in tears ran quickly across the area, supported by a social worker. We all observed a moment of silence.)

Since the earthquake, officials of this organization have increased their visits to the camps and have taken action to ensure that services are safer. The showers were too far away so they had them moved to better protect the women and girls. They monitor the entries to the camps to prevent intruders from entering. They call in the police to intervene when abuses occur.

Fanm Deside works with working-class women in Jacmel and the surrounding communities, often female heads of single-parent families. Since 1989, the organization offers training and coaching for women who have been victims of violence.

When the women talk about their organization, one name keeps cropping up: Rachel Vinet. This sister from Montreal—from the Institut Notre-Dame-du-Bon-Conseil of Montreal—helped set up several groups in Jacmel. In point of fact, Fanm Deside’s premises are located in the very premises once occupied by that religious community.

The organization is currently working on a big project: building a shelter for abused women. Tomorrow, we will be going to see how the project is coming along. The house will have four dormitories, a cafeteria and a playroom for children. Development and Peace contributed towards purchasing the land. Sister Rachel would be very proud of this achievement, which she is following closely from Montreal. They have every intention of inviting her to the inauguration. 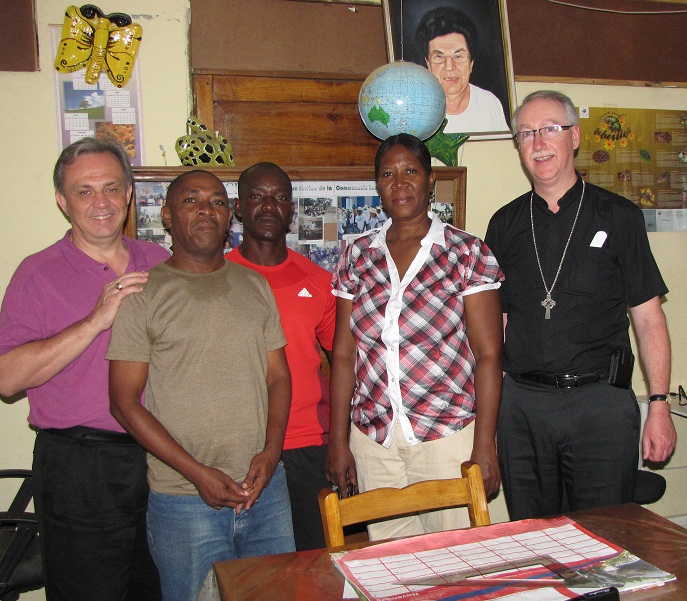 Leaders of JACHA (Jeunesse en action pour le changement d'Haïti—a youth organization in Jacmel), Jonas Azor, Ilda Duroc and Jackson Marcelin, along with the Most Rev. Richard Smith, Archbishop of Edmonton, and Michael Casey, Executive Director of Development and Peace, under a portrait of Rachel Vinet.