In Niger, where 80% of the population depends on subsistence farming for its livelihood, getting the land to produce is essential. To see stretches of earth that are rocky and caked dry, languishing with little purpose, feels like an enormous waste, especially at a time when there is not enough food to feed the population. 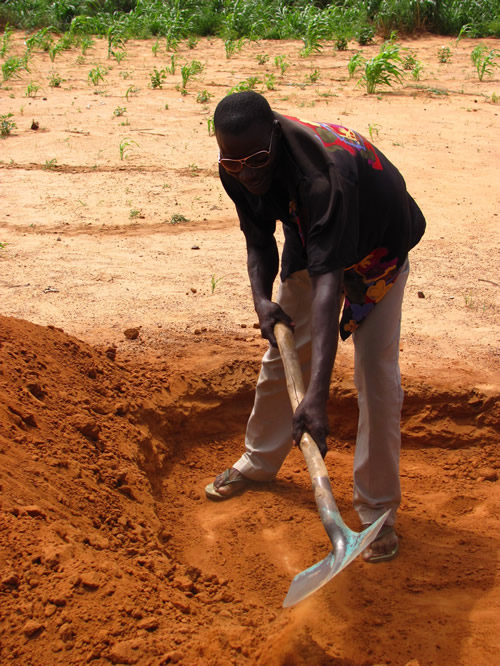 Caritas Niger, however, is helping communities innovate so that as much of their land as possible can work for them. It has organized cash-for-work projects in several communities, where local men have been hired to dig half-moon shapes in soil that is barren. The soil is encrusted with clay which means it can’t absorb any water and nothing can grow. The half-moons, however, change that. Not only is the clay crust removed to reveal soil that can be rendered fertile, but the shape also provides the advantage of capturing water. The half-moons are about one foot deep so that water is held within them after it rains. This provides sufficient water for crops such as sorghum, beans and groundnuts to grow. There is enough space in each half-moon bed for 16 sorghum plants and the beds are dug strategically to match the angle with which the rainwater will flow, to ensure that the maximum amount of water is captured. Fertilizer is also added to enrich the soil and improve the quality of the crops planted.

For Ousmane Danladi, this cash-for-work project came at a time when he felt like he was running out of options to feed his eight children. After an attempt to go work in nearby Nigeria, he returned to his village with little to show for the six months he was gone. He says that what he earned shoveling sand into trucks was barely enough to cover his return trip to the village. The cash-for-work program, however, has helped him get back on his feet. He worked for 20 days, building three half-moons per day, which gave him some income to purchase food for his family. In his village of Kondala, 144 men participated in the project, helping to revitalize five hectares of land while providing some of the most vulnerable households with food while waiting for the next harvest to come in. 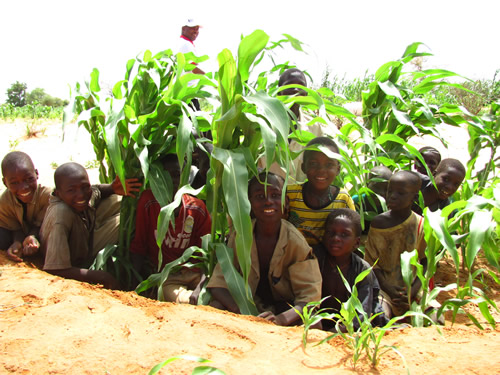 There are now healthy sorghum plants sprouting out of the half-moons and groundnuts creeping along the thick ridges that shape the beds. Ousmane says that the project has even inspired him to begin re-working his own plot of land, which he had abandoned because it wasn’t bearing good crops. Now, he is hopeful that the next harvest will be sufficient to feed his family for the coming year.