The long, slow and difficult reconstruction process in Nepal 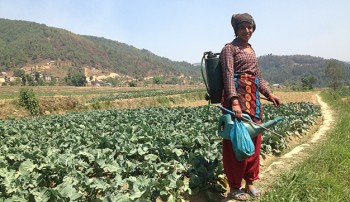 On April 25, 2016, which marked the first anniversary of the earthquake in Nepal, I travelled to the country to spend two weeks assessing the changing context and monitor the projects supported by Development and Peace. I was also there on behalf of our organization to show our solidarity with the Nepalese people, who were commemorating this sad event. This was, in particular, an opportunity to honour the victims and reconfirm our support both for the stakeholders involved in rebuilding the country and for the disaster victims, who wish to resume a normal life.

A year has already gone by, but I have the bitter feeling that nothing much has changed since my last visit, in July 2015. I sometimes even have the impression that the situation is more alarming than ever. 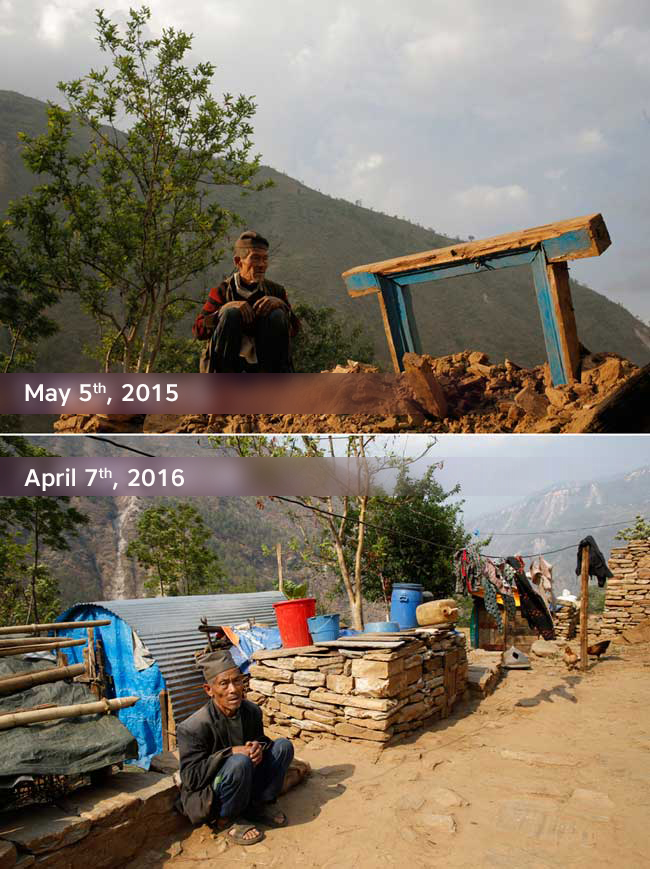 Tamang Nawang the days following the earthquake in 2015 and one year after.
Photo by Matthew Alexander / Caritas

Politically, the government took advantage of the disaster to pass through a revised federal constitution. This new constitution does not respond to demands for representation by the Terai plains population, in the south of the country. Their discontent had triggered an economic blockade resulting in an oil and gas shortage, which contributed to destabilizing the country's economy due to higher prices. Moreover, the government has failed to play its coordination role because of an internal political deadlock and its desire to control and coerce, which in a state of emergency runs counter to any logic of efficiency and rapid impact. Local democratic bodies have not been newly elected since 2002, and this lack of representation -and thus accountability- are obstacles to the community reconstruction process as well.

To all this was added an eight-month period of drought, which has caused the proliferation of forest fires and sources of water, whose courses were already modified by the earthquake, have dried out. Water has become a major issue and peasants are very worried about this shortage, which is likely to impact their food security and family incomes on the short- and medium-term.

The resilience of the affected Nepalese population remains tremendous. Despite the government’s shortcomings, some people have decided to move ahead with their own reconstruction projects while running the risk of not receiving the promised financial compensation if they rebuild or build houses that do not meet anti-seismic standards. Many victims are preparing for a new monsoon season and another winter in their old shelters, which were supposed to be temporary.

It is in this somewhat gloomy and frustrating context that members of local and international organizations continue to toil, despite heavy constraints and challenges, in order to restore the dignity of people in need. Development and Peace will continue to participate in this reconstruction process for the next two years, particularly by rebuilding houses, enabling agricultural and economic recovery, and supporting the fight against human trafficking.

I hope that things will have moved in the right direction by my next visit. As I was getting ready to take the plane for the long journey home, a few rain drops heralded the coming monsoon: good news for the fields, but an additional climatic obstacle for the reconstruction of houses.

To find out more about our program in Nepal