The life of a miner 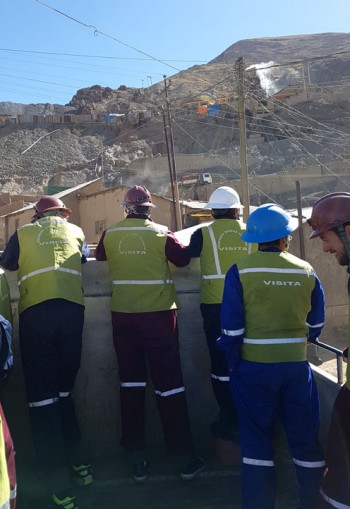 The driver crossed himself three times before driving into the mine. Riding in the box of the industrial-size dump truck, the 14 of us held onto the sides of the box through sharp switchbacks and low-hanging, narrow tunnels. We drove down 320 meters before exploring the tin mine.

Empresa Mine is the primary source of income and employment of Huanuni, Bolivia. According to their mayor, “Huanuni is the capital of tin.” Founded in the early 20th century, Empresa provides jobs to thousands of Bolivians in the area, and offers a wage that is attractive amidst other job prospects in the area. However, the work is not without cost; an inspector at the mine noted, “There is an inheritance of lung disease… Some men at 30 years old have advanced lung diseases.”

The risk presented by the mine is not restricted to those working within it. Run-off into the river below the mine has created water the colour of lead with a pH of 2. The water is undrinkable and unusable.

Mines like Empresa operate across Bolivia. Pollution from mines often seeps into surrounding lakes and groundwater, being absorbed into plants and consumed by livestock or fish. Such contamination is associated with the mass die-off of thousands of fish and birds in Lake Poopo almost overnight on November 14, 2014. Such instances render communities without access to sustenance or income. Further contamination is associated with mutations in the offspring of livestock.

In addition to contamination, water is often diverted from existing rivers and used in open-pit and underground mines. This disruption of the natural flow of water is causing springs to dry up and initiating conflicts in communities over this scarce resource.

Some mines, like Empresa, are state-run and are implementing initiatives to reduce contamination by more effective refining processes and a tailing dam. However, many mines are run by international companies bound only by relevant laws from the country in which they are registered. As such, there are not always effective legal standards to enforce that mining companies run safe, environmentally-conscious mines.

Development and Peace supports the local organization CEPA (Centre for Ecology and Indigenous Peoples) in analyzing water samples and advocating for environmental standards to be developed, implemented and adhered to. The people of Huanuni do not want to lose their source of income, but the health of their workers and the surrounding environment do not need to come at such an expense.

As Canadians, we have a unique opportunity to support mining justice in Bolivia and throughout the world. Currently, nearly 75 per cent of the world’s mining companies are registered in Canada. There has been a bill presented before the federal government that will give an ombudsperson the opportunity to hear concerns from communities like Lake Poopo or Huanuni and would insist that Canadian-registered mines comply with environmental standards. 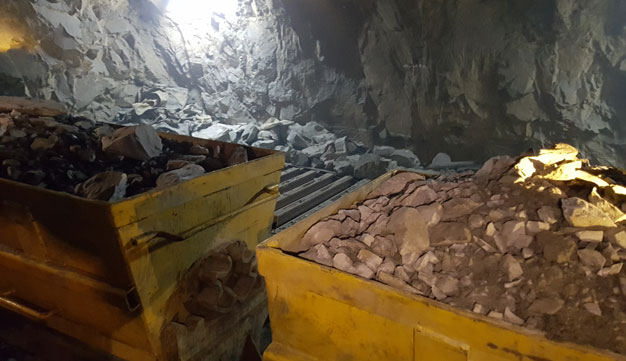 To lend support to this bill, learn more here, send an email expressing your concern to The Hon. François-Philippe Champagne, minister of International Trade Government of Canada here, and consider signing petitions or meeting with your MP to discuss this issue (more resources are available here).

Entering into the season of Advent (Part 2)
Read more