"It was no good living on the street with young children," says the young father we meet in the model village initiated by Mouvman Peyizan Papay (Papaye Peasants' Movement), a longstanding partner of Development and Peace.

Here we find 10 families who lost everything in the earthquake and took up physical residence in Hinche, a town unfamiliar to them but which welcomed them in January 2010.

No less than 1,500 families left Port-au-Prince and settled in Hinche and its environs. The centre of the country is considered a safe place, spared of any seismic activity. The land where the MPP has its agricultural training centre was occupied by 300 families. Here they found food, shelter, and comfort for several months after the earthquake.

Some families have decided to stay in Hinche. Ten of them were selected to participate in this model village that is being built. Each family now has a house, including a common area, three rooms, a veranda and gardens. The foundations for the community centre have already been laid, right in the centre of the village, and they just finished drilling a community well. The construction of each house cost $8,000. The entire village will celebrate its first Christmas together in a few days. "Our houses give us hope, they allow us to rebuild our lives," adds the young father.

MPP is a rural peasant association with over 63,000 members. Since its founding in 1973 by current leader Chavannes Jean-Baptiste, the organization has put forth a multitude of initiatives of this sort. It has provided training to thousands of these farmers, who have long been recognized as second-class citizens. These men and women, often illiterate, have learned a trade, can provide for their households and even sell the fruits and vegetables they produce. 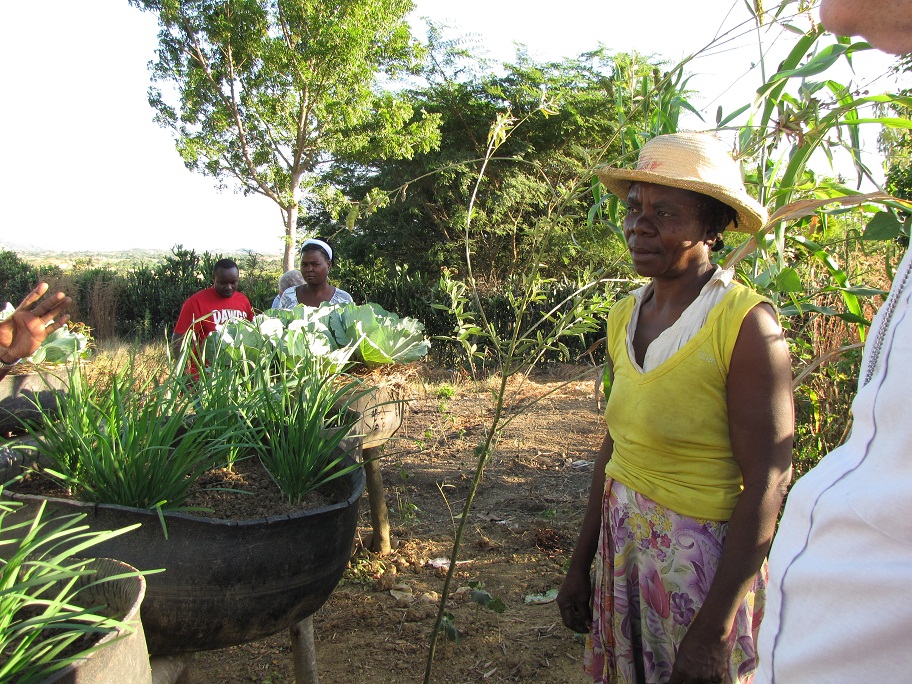 We are now in the garden of Virginia Augustin, a new arrival at MPP, who tells us "I was the one who did everything." The training group provided her with 10 used tires which have become—an ingenious Haitian invention—pre-kay  (Creole meaning "near the house") gardens. She was the one who planted the tomatoes, peppers, cabbage and leeks that she shows us with such obvious pride.