Hassan Ruvakuki, a journalist at Radio Bonesha, is released from prison

In News from our partners
March 18, 2013
by
Khoudia Ndiaye, Communications Officer 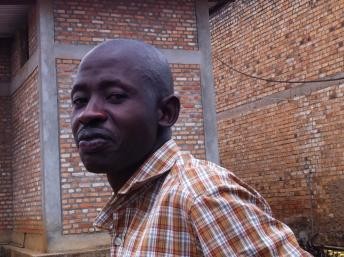 Development and Peace is greeting with joy the news of the release of 37-year-old journalist Hassan Ruvakuki. A journalist at Radio Bonesha (a Development and Peace partner in Burundi), and a correspondent with Radio France internationale (RFI), Ruvakuki spent 15 months in prison. As we reported a few months ago, Hassan was accused and charged with participating in “acts of terrorism,” for reporting on an attack in eastern Burundi being perpetrated by rebels coming from Tanzania and was handed down a life sentence based on fallacious arguments and an unfair trial.

Strong emotions were the order of the day when he arrived home after his ordeal. In the midst of a huge crowd that came to salute his courage, his wife could not contain her joy, while his 26-month-old daughter Mirna met her father for the very first time.

“This administrative release does not by any means clear the journalist of the charges against him,” pointed out Reporters Without Borders in a press release demanding that the journalist be recognized as innocent. Hassan has only been released provisionally, for “reasons of health” and negotiations are ongoing so that he might benefit from a conditional release and then file to have set aside the three-year prison term that he received on appeal in January of this year.

Radio Bonesha and Development and Peace have been partner organizations since the turn of the century.

Hassan Ruvakuki was sentenced for being involved in an attack in eastern Burundi perpetrated by rebels coming from Tanzania. The journalist contends that he was informing the public of rebel activity as part of his profession and that he was merely doing his job as a journalist. In June 2012, he was sentenced to life imprisonment. On January 8, 2013, his sentence was reduced on appeal to three years in prison without possibility of parole. A request for conditional release was turned down on February 19, 2013.