Haiti : "We can be proud of what has been achieved so far."

In Emergencies, News from our partners
January 14, 2013
by
Khoudia Ndiaye, Communications Officer

Interview with Jean-Claude Jean, manager of the Development and Peace office in Haiti. He is responsible for overseeing the reconstruction program and monitoring projects.

Three years after the earthquake, what is the situation in Haiti? Can we consider that the emergency is definitively behind us? 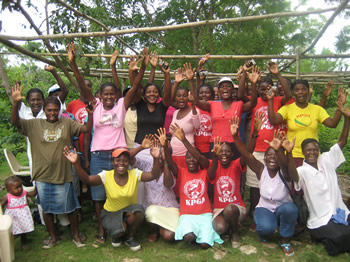 If we look around today, we can see that things have changed in Haiti, especially in Port-au-Prince, even if it is as simple as the absence in the streets of the tons of rubble and debris left behind by the earthquake. In a sense, one could say that life has returned to normal, but we have to recognize that, in relation to the needs and expectations of the population, things have not changed quickly enough. Many people are still living in tents in very precarious conditions. The emergency is not completely behind us, in the sense that certain situations still merit a fast response.

What are the focuses of Development and Peace intervention in Haiti?

Our work is focused primarily on supporting those Haitian actors who are working on strengthening civil society and human rights so that they can be agents of change. We are emphasizing justice and human rights during this reconstruction phase, because to strengthen these would constitute a fundamental change for Haitian democracy. Another thing that we find essential is the economic aspect. Haiti is a poor country and we think it is important to support the most vulnerable with initiatives aimed at promoting food sovereignty. For example, we are working in partnership with the Papaye Peasants' Movement, one of our partners for more than 25 years, on farming techniques, diversifying crops for consumption and sale, and the distribution of ingredients, such as fertilizers, to improve the productivity of the soil. 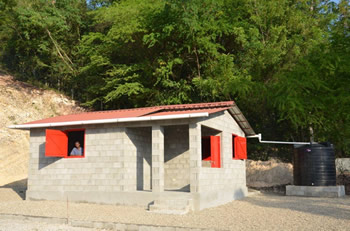 What is new in the work of Development and Peace in Haiti is the "physical" reconstruction of schools, social housing and housing for earthquake victims.
The projects were designed based on the model of housing cooperatives found in Montreal, which enables families to manage their own environment. Our largest construction project has a contribution of $4 million from CIDA. The idea is to build permanent homes in the Gressier area (a commune neighboring Léogane that was at the earthquake's epicentre) and especially in places where families lived before the earthquake, so as not to uproot them in artificial villages. We are also innovating by introducing new technology that enables the rapid and low-cost construction of safe and secure houses.

What role do the people have in carrying out the projects?

The projects have been planned by local organizations directly representing the people. For example, the house-building project in Gressier was designed by our partner ITECA after it conducted a survey among 1,700 quake-afflicted families. Thus, Development and Peace is financing the construction of houses, but where the population is fully involved in all stages of the project. Moreover, the people involved do not want to be called "beneficiaries" of this project, but rather "partners!"

What challenges have to be met?

We note that many international organizations that came here with large sums have already left. They were mainly present during the emergency phase, but it has to be emphasized that the reconstruction phase is just as important. The other main challenge concerns the Haitian state. Already weak prior to the earthquake, it became even weaker afterwards. NGOs and international organizations will not be able to support Haiti's development unless the Haitian state becomes accountable. All too often it still gets bypassed, because of the perception, and reality of corruption. The State nevertheless does do things and, above all, it needs to be encouraged and supported in these efforts. Consecutive natural disasters, major delays, the weakness of the state—these all put a stop to the action at times. Those who want to do well do not always have the means of their ambition, which sometimes leads to certain people becoming discouraged.

Faced with new humanitarian disasters (Hurricane Sandy, etc.), how will the Development and Peace projects adapt?

Taking risk into account is a permanent part of the implementation of our projects. Thus, the project to build houses pays particular attention to the issue of housing security. We apply Canadian building codes and, in particular, earthquake-resistant regulations because there are no public standards imposed by the Haitian government.

Finally, what is your proudest achievement as DP's Office Manager in Haiti?

The thing that touches me the most is to witness the population's will to live. Despite the trauma of the earthquake, Haitians continue to struggle and seek help to get through this. To witness this reality is a moment of hope. We tend to say that there is no hope in Haiti, that everyone is discouraged, but when I see this fierce desire to get through this, then I tell myself that we are allowed to have hope!