Food and shelter distributions underway in the Philippines 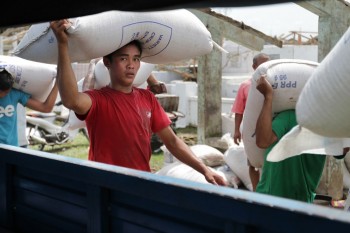 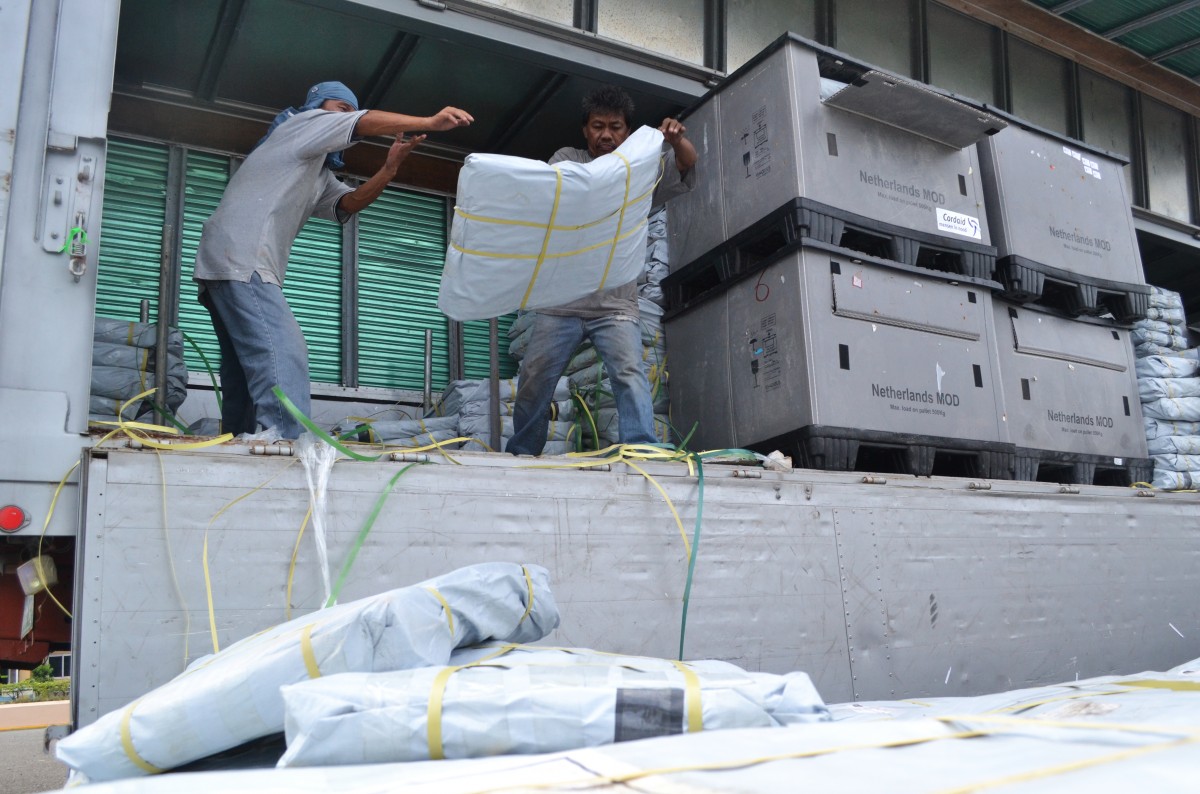 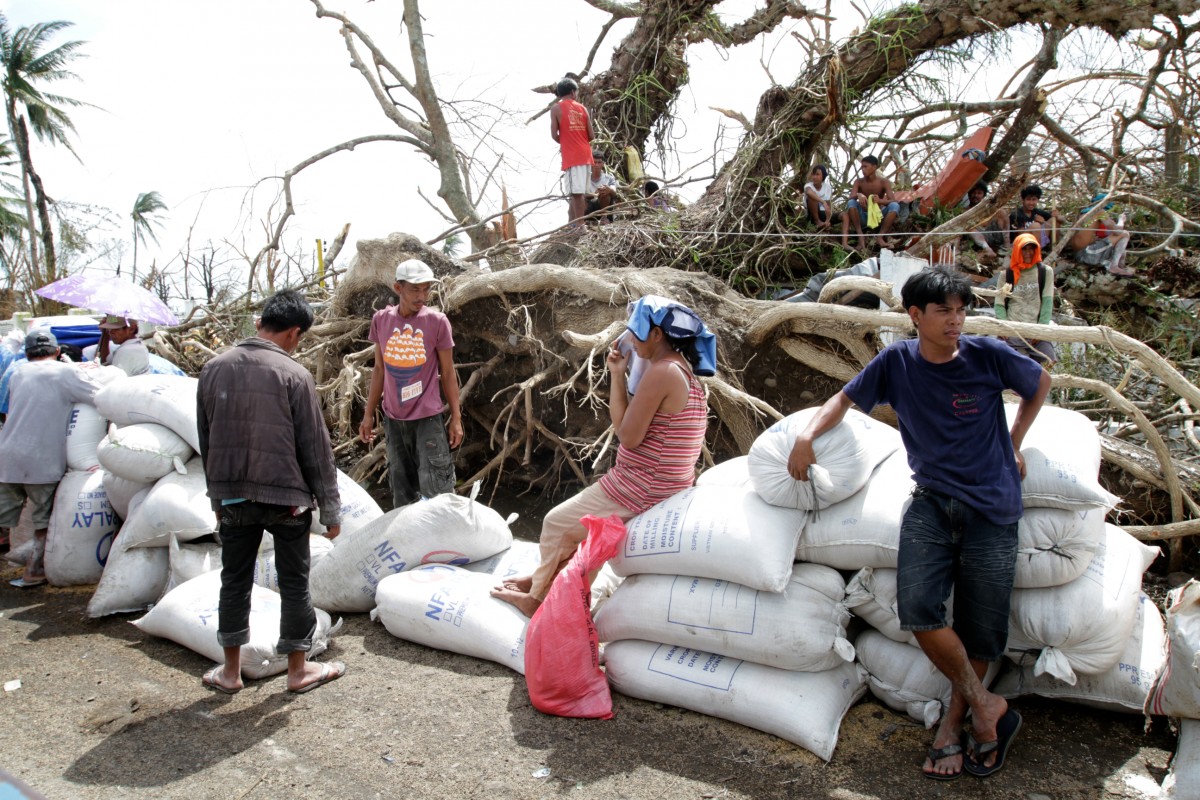 There is devastation everywhere and the victims are in desperate need of everything,” said Fr. Edwin Gariguez, Executive Secretary of Caritas Philippines-NASSA, after visiting destroyed villages in the province of Leyte, one of the hardest hit areas by Typhoon Haiyan.

“Caritas has to step up its distribution of food and materials for temporary shelters. The mobilization of the Church and the solidarity of neighbouring dioceses and Caritas organizations around the world have made us confident that we’ll be able to face the challenges of this major emergency,” he said.

Caritas member organizations have contributed enough tarps for over 10,000 families so far, and Caritas Philippines has distributed 68,310 food packs in 13 dioceses, with 345,000 people benefiting.

But with so much destroyed, needs continue to remain high. In the city Ormoc on Leyte, for instance, most of the houses have been destroyed and people are still trying to salvage materials from their homes so they can build temporary shelters.

Demetria Omega is one of the typhoon’s victims there. In her stall containing a few fruits and vegetables and surrounded by her grandchildren, she talks about her traumatic experience.

“When the typhoon struck I thought I was going to die,” she said. “All the houses were flying apart and it was extremely difficult for my son, grandchildren and I to protect ourselves.
“My house was behind me, and now nothing is left. First of all we need food and then the means to build a shelter.”

Demetria is doing whatever she can to deal with the problems. “We can’t just sit and do nothing. I managed to get a small $25 loan and set up this fruit and vegetable stall. So I hope I’ll be able to support my family and deal with this disaster. It’s important to keep busy and do what I can for my grandchildren,” she said.

While the devastation in Ormoc is substantial, it’s even greater in Tacloban, especially in the village of Palo.

“When I look out of the window of my damaged house, it looks like a valley of death,” says Most Rev. John Du, Archbishop of Palo, one of the most affected dioceses on Leyte.

“In Palo, 95 percent of the buildings have disappeared. We’re burying bodies in the outskirts of parishes. Everything is lacking, although aid for the victims is being organised and we’re distributing food and materials so temporary shelters can be swiftly built,” he said.

A distribution of emergency shelter materials recently took place in Ormoc and Palo.

Ten days after the arrival of the strongest typhoon ever to make landfall, Caritas Philippines has a clearer portrait of the extent of the damage and of victims’ needs and is making preparations for more aid. Development and Peace will be contributing to additional food and shelter distributions, as well as the distribution of essential household items. Cash-for-work programs will also be put in place to help households have access to an income, as it is estimated that at least 1 million farmers and fishermen have lost their livelihoods.

International aid efforts are still facing great logistical challenges in terms of their capacity to deliver food and other crucial items to the affected people who have lost everything, and some affected villages in the provinces of Leyte, Samar, Panay and Mindoro have had very little or no assistance so far. In this context, the Catholic Church and the Caritas network have proved to be vitally important in providing frontline aid delivery.

Most Rev. Broderick Pabillo, the National Director of Caritas Philippines, thanked the Caritas organisations from around the world, including Development and Peace, for their rapid support, and asked them to carry on mobilising resources in order to be able to respond to the needs of the population.

“The prayers, solidarity and mobilization of our brothers and sisters around the world will enable us to make progress,” he said.