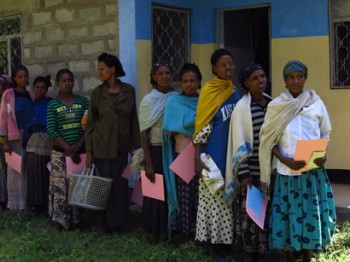 Even in a time like November, when the crops are being harvested, there are still some who face food shortages here. For female-headed households, widows and those whose crops simply did not take, they are confronted by circumstances that make the struggle to keep their families fed all the more difficult. This is where Caritas Ethiopia can play an important role in helping the vulnerable. Each diocese in Ethiopia has a local Catholic Secretariat that is implementing social and development programs, and helping to respond to the recurring droughts that keep affecting the country. Their presence in many regions and the fact that they are a local organization seems to provide a sense of trust with the community.

We saw this in action when we visited a food distribution centre in the diocese of Hosanna in the southwestern part of the country. The centre is located in the middle of a quiet rural zone that is reached by dirt roads. Its rural position makes it easier to reach, as all those who need to access it travel by foot. Distances are relative here. A short distance is the six to seven kms that it takes people to reach the centre.

A small line of about 20 women has formed outside the centre, but over the course of the day, over 220 people will receive a type of powdery flour that is fortified and that they can use to cook. Each person will receive nine kilos that is meant to last their families for the next month. One of the women in line tells me that she has seven children, ranging in ages from one year to 15. She is tiny, with a shy, young face that does not hint at the large family she must support. This year, the teff, which is a grain used to make a flat porous pancake-like bread that is very popular here, that her and her husband planted did not flower. Her husband works occasionally, perhaps twice a week, making 5 birr in a day or the equivalent of approximately $0.30 cdn.  Inside the centre, the distribution has started. Women open the large bags they have carried with them, and in which the measured flour is loaded. Their tiny frames hide an incredible strength. With hardly any strain, they throw the bags across their shoulders and begin their journey home on foot. 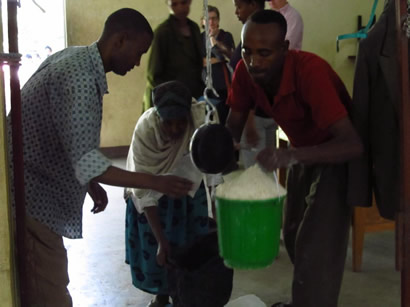 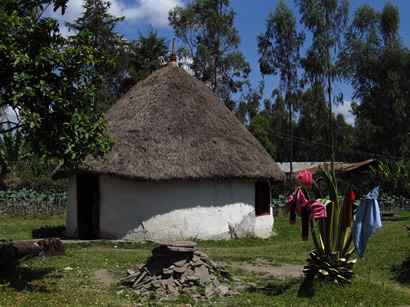