DRC : New documentary delves into the trial for the murder of human rights activist Floribert Chebeya 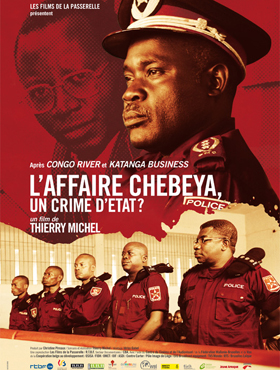 Three years ago, Floribert Chebeya, a Congolese human rights activist and president of the non-governmental organization La Voix des Sans Voix (a voice for the voiceless), was found murdered in his car. The investigation into his death led to the arrest and trial of several police officers believed to be behind the murder.

This tragic story spread worldwide when it happened and sparked numerous heated debates on the issue of impunity in the Global South. The movie’s director, Thierry Michel, spent eight months filming the exceptional trial, where military officers judged police chiefs. The film addresses the specific case of the Democratic Republic of Congo (DRC), but goes much further by raising universal questions concerning the defense of human rights and the struggle against impunity.

Screenings will take place in Ottawa, Quebec City and Montreal and will be followed by a discussion with Joseph Mukendi, President of the Bar of Kinshasa, who represented the plaintiffs at the trial. Mr. Mukendi will answer questions and report on the after-effects of the initial verdict.

Development and Peace has been present in the DRC since the beginning of the 1980s and is also a member of the International Conference on the Great Lakes Region (ICGLR) Roundtable, which advocates for lasting peace in the Democratic Republic of Congo. It is proud to promote this important and thought-provoking film.