The difficult fight against the "invisible enemy"

In Emergencies
August 26, 2014
by
Stéphane Vinhas 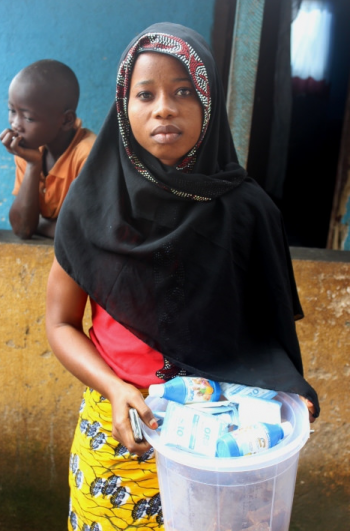 Since viruses do not recognize borders, the Ebola virus disease has become a threat for several neighbouring West African countries. Adding to the difficulty of finding a transnational solution is the pressure of controlling a disease that has social, psychological and economic implications.

There is currently no officially approved vaccine or treatment for Ebola. The care provided to patients is limited to helping them fight the disease by addressing the symptoms: fighting fever or dehydration, for example, to avoid having the sick patients become too weak. The functional health centres — which are few in number — are overwhelmed because of the lack of staff, training, material, facilities, laboratories and beds. All this increases the risks of infection in the very medical facilities that are supposed to contain those risks.

The Ebola virus is transmitted by direct contact with blood, secretions or body fluids, which means that people must forego direct physical contact. In that sense, the Ebola virus brings normal spaces of solidarity and sociability to a standstill: public places, sports activities or family gatherings can become sources of contamination. Traditional burial rites — during which the body of the deceased is washed, touched, and watched over — are part of the main modes of contamination. It even becomes risky to comfort and hug the relatives of the deceased.

Medical interventions in protective clothing are made difficult by the sweltering heat and humidity of the tropical climate. Health care workers are demonstrating exceptional bravery and merit in such a situation. They are also, unfortunately, being counted among the disease's victims. Patients, who sometimes come too late to the health centres for treatment, die. As a precaution, the deceased are buried according to sanitary protocols that are not consistent with local funeral rites. Since traditional mourning practices cannot be respected, people are refusing to bring their loved ones and their dead to the centres, saying that "their dead are being stolen."

In countries like Sierra Leone and Liberia, which are still recovering from long years of civil war, the lack of trust in state authorities does not make it easy to handle the situation on a national level. With their perception still anchored in a mythic vision of the disease, the people hide, refuse to see caregivers and can even be hostile to health authorities and medical NGOs.

In countries where the population is highly mobile and where certain geographic areas remain isolated enclaves, looking for people who have been in contact with the ill is still a genuine logistical challenge. Social resistance makes things even more complicated.

It is for all these reasons that Development and Peace is supporting Caritas Sierra Leone in fighting against the Ebola epidemic, for a project that involves a social and community-based response rather than one that is strictly medical to help in controlling and preventing the spread of the disease.