A crisis during a crisis 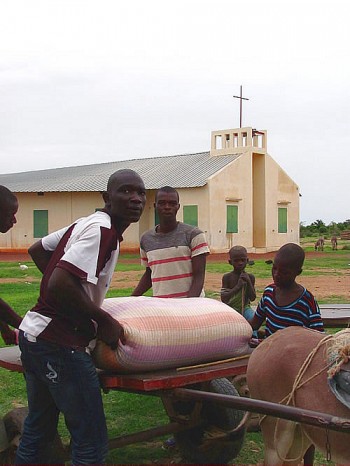 After Niger, Communications Officer Kelly Di Domenico is continuing her visit of the Sahel, with a stop in Mali to see the work of Caritas Mali in action.

Last year, when the rains didn’t come for the harvest in Mali, it could already be foretold that a potential food crisis was on the horizon. What was less predictable, however, was that the country was on the brink of a political crisis. Last February, rebel forces began to take control of the northern part of Mali, declaring independence over the territory and making it a fundamentalist Islamic state that they have named Azawad. Accusations that the government failed to act effectively against the rebels, led to a coup d’etat in March, and there is now an interim government in place. This new government is still not fully formed or functional, and it is not yet clear how it will deal with the situation in the North. 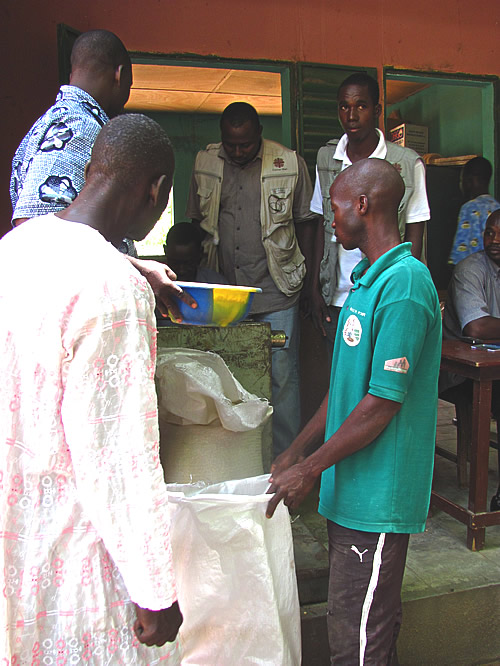 In the meantime, day-to-day life continues and people here are facing the realities of a poor harvest.  So how does a country that is in political turmoil, address food shortages amongst the population? This is where an organization like Caritas Mali plays a key role. With close ties to communities at the base, it is able to identify those who are suffering the most and provide them with help. It is distributing food, organizing the sale of food staples at reduced costs and distributing seeds so that peasants have something to plant now that it is planting time.

Although from the outside, it seems like the country is at a standstill and unsafe, this perception is a great heartache for Malians. In the capital Bamako, there is a pervasive sense that life must go on, and that is exactly what is happening. At Caritas Mali, there is a buzz of activity, as the emergency program officers from around the country have come to meet to give an update on how activities are going in their communities. It is clear that there is much happening here to ensure that the political crisis does not worsen the plight of those also living through a food crisis.