Stéphane Vinhas is an Emergency Programs Officer at Development and Peace. In this interview, he provides an alarming portrait of the situation in the Central African Republic (CAR) and the impact of the turmoil on the surrounding countries, especially Chad.

What’s been happening in the Central African Republic over the last few months?
The Central African Republic has been experiencing a chronic conflict over the course of several years, but the strife peaked substantially over the last two, plunging the nation into a situation of continuous pillaging and looting. A combination of factors has turned the crisis in CAR into an unprecedented religious struggle between Séléka factions, mainly Muslim groups that joined forces and seized power in March 2013, and Anti-Balaka forces, mainly Christian groups that banded together to oppose the Séléka. The four million inhabitants of CAR are experiencing violence and instability despite a new political order and an international military presence. Added to the mix is a complex humanitarian crisis that is massive in scope, with needs apparent in every sector (lack of access to food, drinkable water, health care, education, sanitation, etc).

What have been the consequences of the conflict for neighboring countries?
The Central African Republic is a landlocked nation surrounded by Cameroon, Chad, Sudan, South Sudan, the Democratic Republic of the Congo and the Republic of the Congo. The conflict in CAR has unleashed waves of violence against civilians, forcing thousands to flee and take refuge in neighboring countries, including Chad. In April 2014, some 92,382 Central Africans, primarily women and children, were identified in Chad at various welcome centres and transit sites. 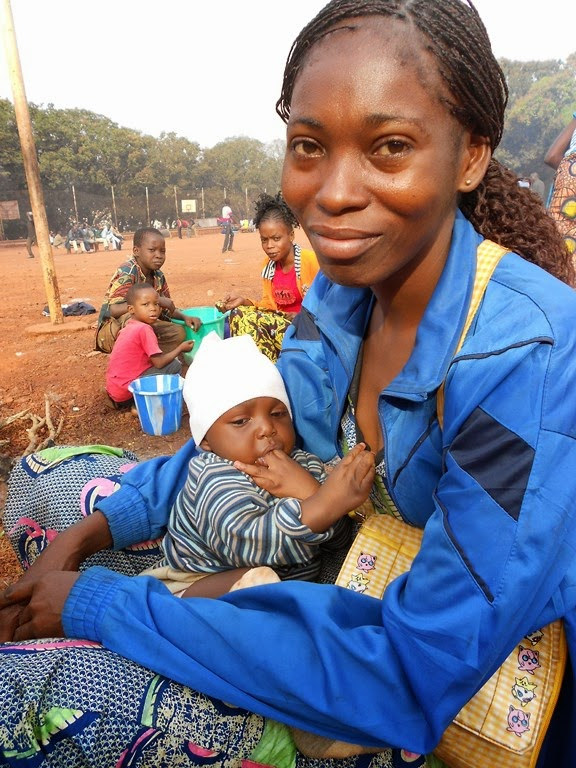 What initiatives has Development and Peace undertaken?
In response to the needs of the civilian population, who have been left entirely to their own devices, we are working with Caritas Central Africa. We have decided to shore up agricultural recovery initiatives (distribution of tools and seeds, training in market gardening, etc.) so as to halt the vicious cycle of food insecurity that is threatening the country. Health centres and hospitals will also be restored and restocked with medication and essential medical equipment. Lastly, damaged or destroyed homes will be rebuilt in the country’s nine dioceses.

Last summer, Development and Peace allocated $50,000 to Caritas Central Africa to implement an emergency aid project designed to cover the basic needs of displaced persons (including the distribution of rice, sugar, salt, and medication). Working hand-in-hand with the organization, we are managing to reach population groups living in remote areas with no aid. Our actions are also designed to support Central African refugees in Chad, as well as Chadians, who are confronting insecurity, a resurgence of disease, malnutrition, and many other afflictions. The goal of the project is to provide those most vulnerable with greater food security, as well as to meet their needs for non-food items (distributions of cooking kits, soap, seeds, etc.), and to reinforce the resilience of those most affected by the crisis.

How can hope be restored for the people of the region?
Rule of law and a strong administrative structure are needed to put the country on the path of national reconciliation. But the key to lasting peace lies in the hands of local populations. Through its projects, Development and Peace encourages inter-community dialogue so as to foster peaceful coexistence among the various communities within CAR. Hence support is also provided for inter-religious youth groups as a building block for peace in the nine dioceses of the nation.

For the country to rebuild, a genuine mobilization of its citizens will need to take place. However, it is a process that will take time, and for it to last, aid must be directed toward local communities and organizations because they are the real agents for change, and the country cannot rebuild for the future without them.