Celebrating a lifetime of social justice

In News from our partners
October 18, 2012
by
Anne Catherine Kennedy, Program Officer for Brazil and Kelly Di Domenico, Communications Officer 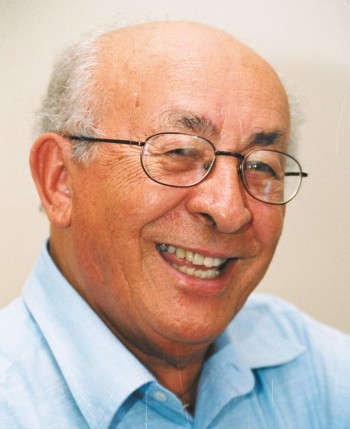 On October 20th, Development and Peace’s partner organization the Comissão Pastoral da Terra (CPT) in Brazil will be paying homage to Dom Tomás Balduino, who will be celebrating his 90th birthday in December.

Bishop Balduino has been an inspiring figure in the struggle for social justice in Brazil. His great commitment to the poor led him to help found the CPT, one of the largest land rights organizations in Brazil, and act as its first president.

The CPT was founded in 1975 to help peasants defend their land rights, amidst threats of being pushed off their land for industrial use. At the time, Dom Tomás was Bishop of the diocese of Goiás, a fertile region of Brazil where industrial agriculture and cattle-raising have taken over much of the land and are threatening the environment, including the Cerrado, one of the richest regions in the world for biodiversity.

The CPT is an official pastoral commission of the Conference of Catholic Bishops of Brazil and has as its mandate to defend access to land and protect all life on it; defend access to clean water; and to defend human rights. It does this by advocating for food sovereignty and advocating for legislation to support the peasants and small farmers in Brazil and engages in legal battles for rural victims of human rights violations, perpetrated usually by large land-owners involved in industrial agriculture.

Protecting human rights in the countryside is what brought the CPT to engage in the struggle  against modern-day slavery in Brazil. Each year, an estimated 25,000 rural workers are enslaved by being attracted by the promise of work on remote cattle ranches, soy and cotton farms and logging sites, and then forced to labour for little or no compensation.

Development and Peace has been involved with the CPT since the 1970s and has been supporting projects with the organization since 1993.

Today, Dom Tomás is a permanent councillor to the CPT and Bishop Emeritus of Goiás. His passion for land reform, food sovereignty, the preservation of biodiversity and the protection of human rights, has inspired the creation of other social justice groups in the country, including Brazil’s Landless Workers’ Movement, another Development and Peace partner. Furthermore, his fundamental belief that by protecting rural people, we protect nature and vice-versa underlies much of Development and Peace’s work in Brazil.

Along with the CPT, Development and Peace would like to celebrate Dom Tomás, whose legacy continues to make a difference in the lives of the poorest.

As the Olympics draw to an end, no Olympic gold for Rio’s poor
Read more