Caring for our common home requires a radical transformation

One year ago, the release of “Laudato Si: On Care for Our Common Home” marked a moment of transformation in the debate on climate change. Since Pope Francis focussed his attention on ecological justice, people and governments have started to build a consensus that action on the climate crisis is needed urgently. The encyclical has provoked dialogue among government leaders, academics, community leaders and citizens alike who are inspired by this message and want to transform the message into action.

This week we are also marking the 6 month anniversary of the Paris climate talks, which finally achieved a global agreement on climate change action, with the commitment of 195 countries to gradually phase out fossil fuels.

In Laudato Si, Pope Francis makes a call for a transformational change that will allow all human beings to live sustainably in dignity. This transformation demands a radical change in our current models of production and consumption. The encyclical invites us to put the poorest at the centre, the ones who are not responsible for the terrible consequences of climate change on people’s lives and have fewer resources to react.

At this year’s World Social Forum to be held in Montreal from August 9-14, 2016, Development and Peace, in collaboration with CIDSE, will host a panel called Laudato Si: A Call for Change. This panel is intended to contribute to the call for a paradigm shift towards a just and sustainable world, and will offer analysis of Laudato Si’ and its impact on the road to transformational change, as well as constructive critiques of the encyclical. From social movements in Honduras, Nigeria and Canada that challenge transnational companies, to communities putting “buen vivir” into practice, this activity will highlight paths towards this transition.

This panel is part of the programming of both the World Social Forum and the World Theology and Liberation Forum. The speakers include theologians, clergy, and lay people who are putting Laudato Si’ into practice by working with communities against ecological injustice or proposing and building solutions. 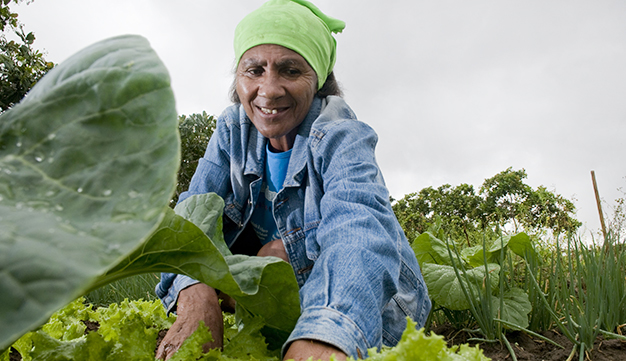 “Everything is connected. Concern for the environment thus needs to be joined to a sincere love for our fellow human beings and an unwavering commitment to resolving the problems of society.”

To find more about: