Bolivia: The impact of a mine on a community’s women 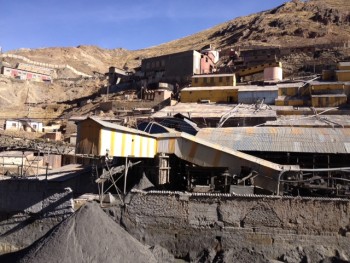 These days, things are booming in the mining town of Huanuni, Bolivia. Tin prices are at nearly $10 a pound, compared to $2 in the eighties. The tin extracted from the mine is processed in local foundries, and then sent by boat to Asia, where it ends up in cell phones, laptops, iPods and other electrical goods. Miners are earning unprecedented salaries, which has spawned a tin rush that has men literally fighting for jobs at the COMIBOL state run mine, and young women fighting over the wage-earning miners.

In this brown, dusty town of 40,000, where the population has doubled with the climb in tin prices, pollution is so severe that my eyes were watering and my nose running after three hours. The tailings of tin extraction go straight into the river, and have turned its waters black. The population boom has created a surplus of trash that is thrown into the river, as there is currently no trash disposal system, and, despite a local government ruling banning plastic bags, they are everywhere, rustling in the wind.

The tin rush has come with many societal consequences for the local population, especially for women, who have become completely dependent on the wage-earning men in the city.

“High tin prices have brought with them a high social cost,” says a local teacher, who is a member of a local women’s support network. “Violence against women is endemic, and the sad thing is that many women put up with it.”

Two young female doctors who work at the local health centre affirm that they see on average six cases of domestic violence each weekend here – Friday is payday at the mine and there tends to be a spike in the incidence of domestic violence. Most of the victims are women, and sometimes they are so badly beaten that they have to be sent to Oruro, the closest city, for medical attention. Sexually transmitted diseases, cervical cancer and AIDS are also common here.

The doctors are also concerned by the high rate of teenage pregnancies. “About 50% of the pregnancies here occur in the under 15s, and often 19-year-olds are on their third pregnancy,” says one of the health centre doctors.

Government legal services do exist for victims of domestic violence and technically the law does not tolerate such behavior, however, there is no women’s shelter, so a woman who makes a complaint must not only provide proof, but must find a place to stay while her case proceeds. 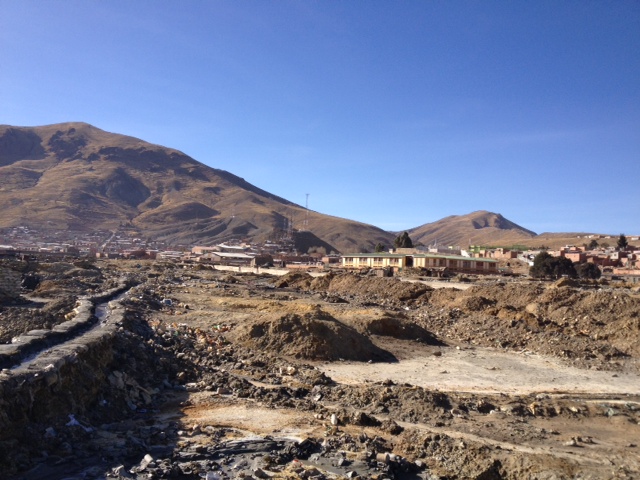 A month ago, a housewife was murdered in her home, and it is suspected that her husband killed her. A local women’s group held a march to protest the murder and demand justice, but things are moving very slowly.

It occurs to me that in the U.S. and Europe, people are boycotting conflict minerals, including tin, produced in mines in eastern Congo that are controlled by armed groups, who inflict untold misery upon the miners and the civilian population. It could be similarly argued that Bolivian tin is perpetuating violence against women and an erosion of their security and rights.

The local women’s federation in Huanuni is doing what it can. They have managed to get a local ruling that has decreed Wednesday a “dry” day and they are participating in drawing up a form of local constitution known as a “carta orgánica” that is part of the 2009 constitutional reforms. These women are sanguine about who is to blame for the subjugation of women here: “We are kidding ourselves if we blame only the men for this situation,” says a woman, who, herself, works in the mine. “The women of Huanuni have lost all self-respect and are only interested in chasing the high salaries of the miners,” she says. “Things will not change without a massive change of attitude on their part.”

At least local environmental organizations are making some progress for better environmental measures around the mine. The advocacy of a local Development and Peace partner led to a governmental decree declaring Huanuni an environmental emergency. The decree states that the government will “promote plans, programs, and projects to carry out technical studies, and implementation of policies of prevention, mitigation, rehabilitation and recovery of the negative aspects to the environment and population of the Huanuni area.” The organization is also working with some of the local women’s federations to try to promote education for women, but so far, no one has come up with a viable plan that will break the hold of the high salaries of the local men over the women of Huanuni.

Names of people and organizations have been withheld in order to protect the women and witnesses involved from any retribution or violence within the community.