An advent of hope: The story of Victoria Filibus 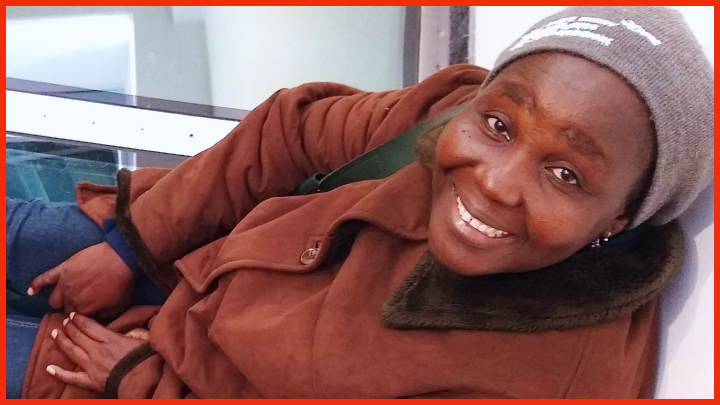 A lesser mortal may have descended into despair. But Victoria Filibus did not give up because she was not given up on.

Victoria’s troubles began when her husband took ill in 2010. He needed specialized treatment in Ibadan, far from their Nigerian village near the Cameroonian border.

By 2013, his condition was serious. His life ebbed away when a siege on their village by Boko Haram militants prevented him from getting to the hospital in Ibadan.

Hardly had the family grieved the loss of its breadwinner when Boko Haram came again, this time launching a full-blown attack on the village. “They started shooting. People were running everywhere,” Victoria recalled.

She and her nine children, then aged from under two to 19 years, barely made it out under cover of darkness. “They were chasing us. We climbed a mountain to escape,” Victoria recounted. The next morning, she helped cart the dead away in wheelbarrows. Then, she and her children left for Maiduguri.

“It was a terrible journey. We were bare-footed. We had no food, no water,” Victoria recollected. In Maiduguri, the family moved into a camp for internally displaced persons (IDPs), where they remain to this day.

Victoria shared this harrowing tale with Canadians last November. She was helping launch a report on the causes and consequences of the Boko Haram conflict in the Lake Chad Basin.

The report was produced by Development and Peace — Caritas Canada’s Nigerian partner, Social Action. It demonstrates how ill-planned “development,” corruption and climate change contribute to the conflict and the displacement of people like Victoria.

Dr. Isaac Asume Osuoka, a co-author of the report, said, “Victoria’s is a very sad story. But it is also a story that demonstrates human resilience….”

Victoria remembers the early days in the camp being difficult. She knew no-one there and food rations were often insufficient for her large family. But the camp is also where her turnaround began.

The solidarity and contributions of thousands of Canadians have given the gift of hope to hundreds of “Victorias” in Nigeria.

With the sustained support of Development and Peace, Social Action offers several long-term services in the IDP camps. Their training programs have brought Victoria some economic empowerment. Guided by their counsellors, she has put her children through school. One of them has even finished university and begun working for Social Action.

Victoria herself has come a long way. She has become a community leader in the camp. As one of 30 trained human rights ambassadors, she raises awareness about women’s rights, climate change and natural resource management. Currently, she is leading a team of Social Action educators who spread awareness about COVID-19 and provide infection prevention training.

Around the world, people like you help bring hope and dignity to hundreds of thousands of people like Victoria. Your generosity allows our grassroots partners to provide effective short-term responses to disasters and longer-term solutions to the protracted problems of poverty, hunger, exploitation and injustice.

In this season of giving, we therefore invite you to continue spreading solidarity.

This Christmas, give the gift of hope!