50th Celebration with the CCCB 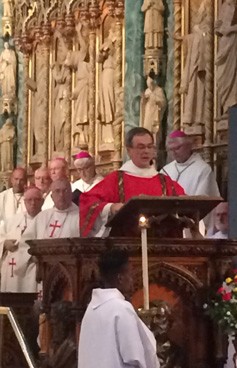 It was with great interest that I attended the mass organized by the Canadian Conference of Catholic Bishops (CCCB) at the Notre-Dame Cathedral Basilica in Ottawa Tuesday September 26, alongside more than 1,000 people. It was a very solemn picture to see a procession of more than 80 bishops, all clothed in their cream-colored priestly garments, to the sound of sacred songs and music, in an enveloping and fragrant atmosphere of incense.

The Mass celebrated the 50th anniversary of Development and Peace, as it celebrated Canada's 150th anniversary by dedicating Canada to the Blessed Virgin Mary on this commemoration day of the Holy Martyrs of Canada. Our president, Jean-Denis Lampron, also took up his dawn, as he acted as deacon at the side of the numerous bishops presiding and concelebrating the Eucharistic celebration (for details, CCCB Mass). Our Vice-President, Hélène Tremblay-Boyko, and our Executive Director, Serge Langlois, read the Prayer of the Faithful.

The Mass was followed by a reception held in the basement of the Cathedral. Guests were able to admire the creativity of the members of Development and Peace as all the quilt pieces from the various Canadian participating dioceses were on display. And I was told that some of the bishops were seen responding to an invitation from Bishop Prendergast, Archbishop of Ottawa, to have their picture taken in front of their diocese's quilt patch ... A nice memory for them of a very special day! 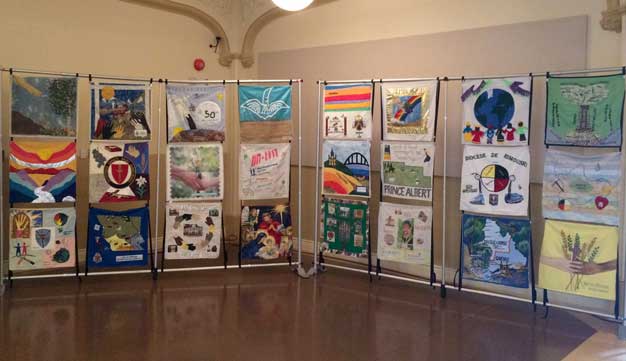 A fun idea for your summer vacation
Read more

Everything is connected: Together, we can save our Common Home
Read more