50th Anniversary Festivities in the Diocese of Saint-Jean Longueuil

I wasn’t able to attend the beautiful celebration on January 21st where the quilt patch of the diocese of Saint-Jean Longueuil was unveiled, so I asked my fundraising colleague, François Gschwind, to say a few words about it. The event began at 4:30 pm with a special celebration at the Co-Cathedral of St. Anthony of Padua. The Mass was presided over by Bishop Claude Hamelin, under the honorary presidency of Bishop Lionel Gendron of the diocese. “It was so joyful!” said my colleague. He added that part of the Mass took place in English. The beautiful voices of two singing groups could be heard: the parish choir and The Missionaries of Christ, an African ensemble from Longueuil. The quilt patch, which was made by a group of people from the diocese, was unveiled during the Mass. 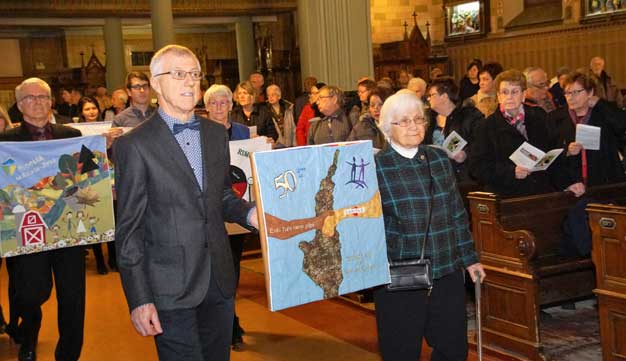 © Gilles Pilette for Development and Peace

The festive part of the activity was very well animated by Mr. Fernand Létourneau. It began at 6 pm with supper. The theme of the evening was «Global Warming and its Impact on the Environment». Davidson Garraud and his musical group shared their song « Du vert pour la planète bleue » (Go green for our blue planet). This was followed by music, dance and songs from Haiti, Peru and the Philippines, all countries where Development and Peace has partners, as well as from Portugal. A draw completed the festivities. We were told that the sum of $ 7,100 was raised and donated to Development and Peace. 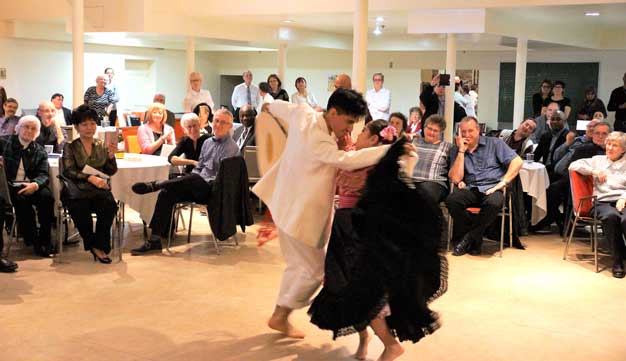 © Gilles Pilette for Development and Peace

The success of this evening was a result of the hard work of the members of the organizing committee. They did all the tasks, including ticket sales, approaching sponsors, preparing the celebration and decorating the venue. Special thanks also go out to the donors, sponsors (too many to name here!), musicians, singers, dancers and a volunteer photographer. Simone Fournier, president of the diocesan council of Saint-Jean Longueuil, told us that it was with a "heavy heart" that she saw the quilt patch leave for the diocese of Saint-Jerome. She takes solace knowing that the patch will soon be added to the quilt of solidarity to become part of a beautiful work of art and a symbol of solidarity with our brothers and sisters in more disadvantaged countries of the world.

A fun idea for your summer vacation
Read more