What a difference a year makes!

One year ago, we met Ramon Apit. His community in Barangay 86 was completely torn apart by Typhoon Haiyan in November 2013.

The community, which sits on a sliver of land off one of the main roads of Tacloban, had to survive for a month on products they managed to scavenge from a neighbouring warehouse that completely collapsed from the typhoon. The community had been completely forgotten in the distribution of relief such as food, water and materials to rebuild their homes.

Thankfully, Development and Peace’s partner Urban Poor Associates (UPA) found the community and began to help them organize so that they could access services.

Read about the community one year ago.

At the time, with the help of UPA, the community formed an association and managed to receive materials to help fix and patch their houses back together. 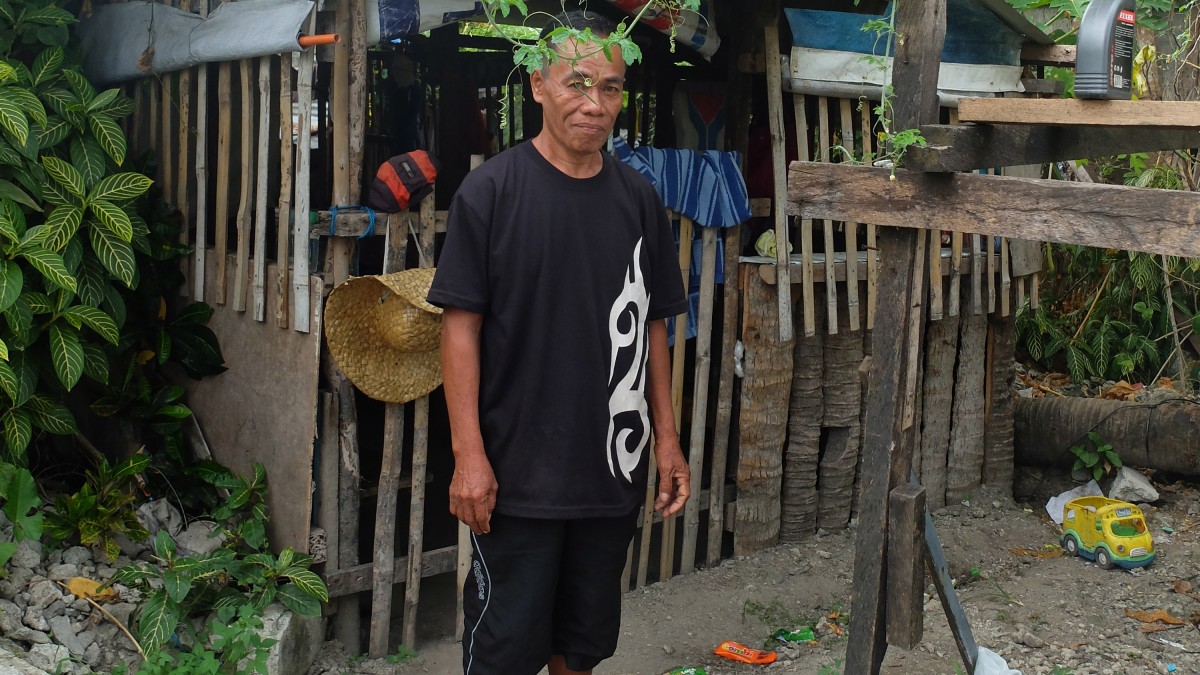 Ramon Apit in front of his house one year ago.

At the same time, however, the community began to dream. They began to imagine sturdier houses, a cleaner environment, and inviting communal spaces. Despite the piles of debris surrounding the peripheries of their land, they began to believe in something better: a dignified home they could feel pride in. They drew up an ambitious plan to transform their community, which even before Haiyan would not have seemed possible. 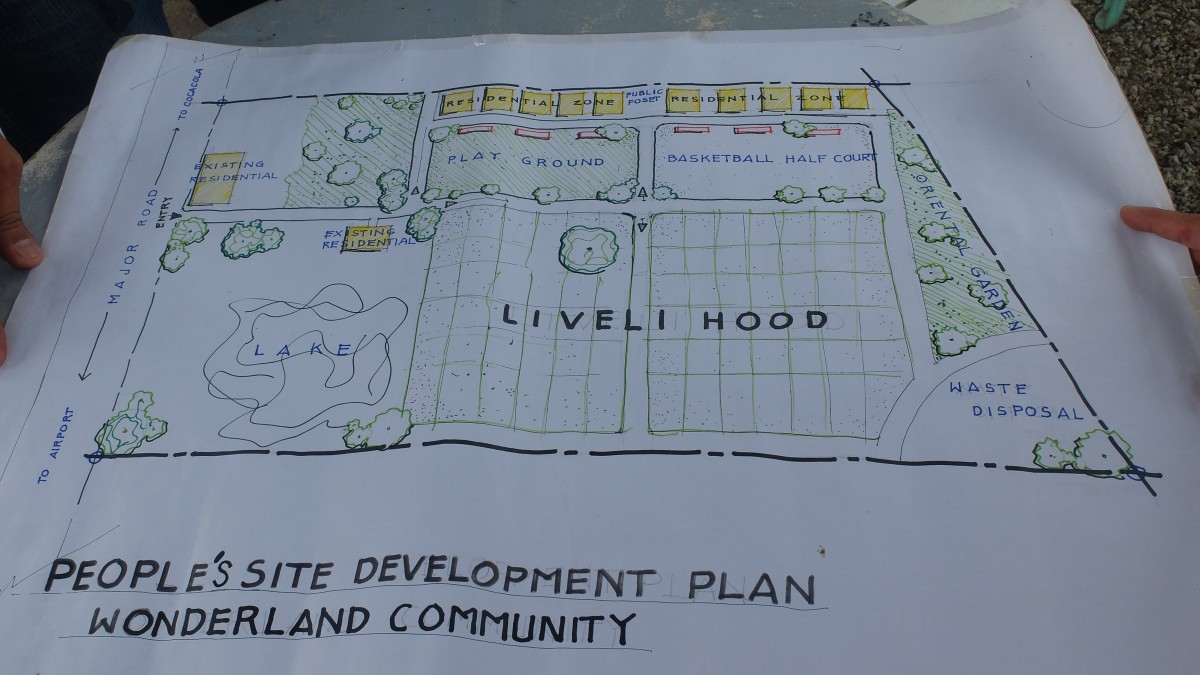 The plan drawn up to transform the community.

A year later, the community is making their dream come true. With lots of hard work, they have built new houses out of wood that have strong beams and tin roofs. They have built lovely balconies that are covered in flowers and greenery. Communal gardens that line the collapsed wall of the warehouse are bountiful with tomatoes and peppers. And soon a basketball court will be in the works. The community is a bright spot along an urban road encumbered with large concrete buildings. 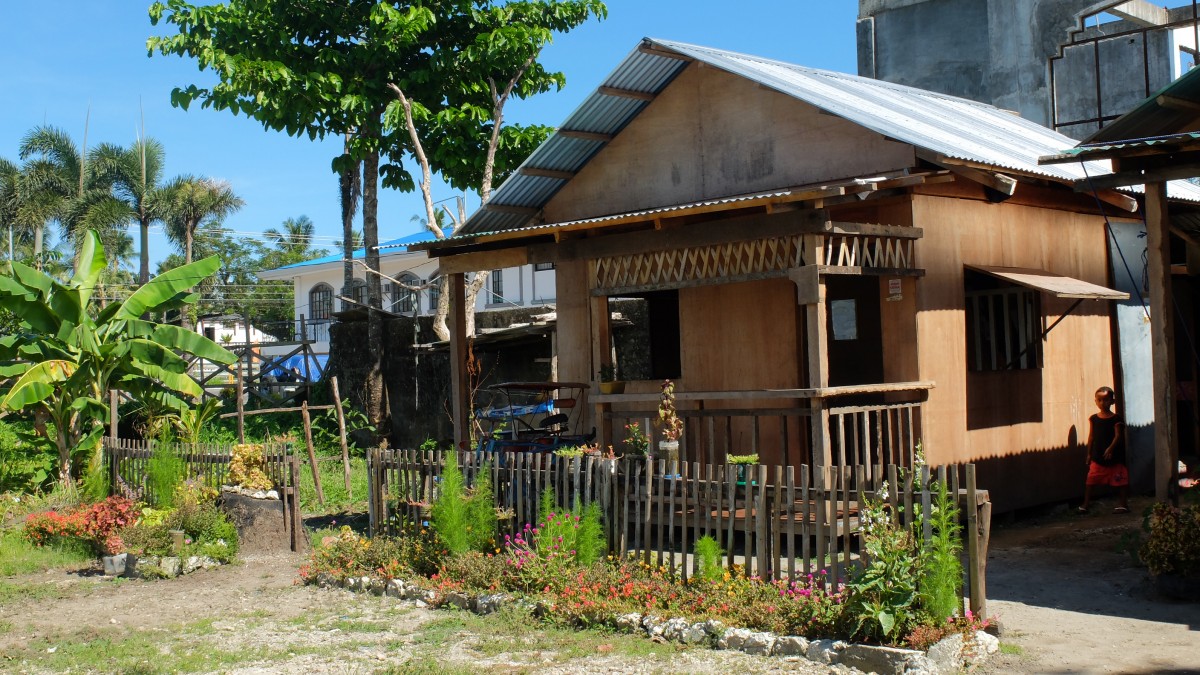 The new homes in the community.

And Ramon, who has been a community leader throughout this process, is making sure that other communities have the opportunity to live in dignity and make their own dreams true. He is currently receiving training from UPA to become a community organizer, and will hopefully be soon leading other communities in their path to building back better. 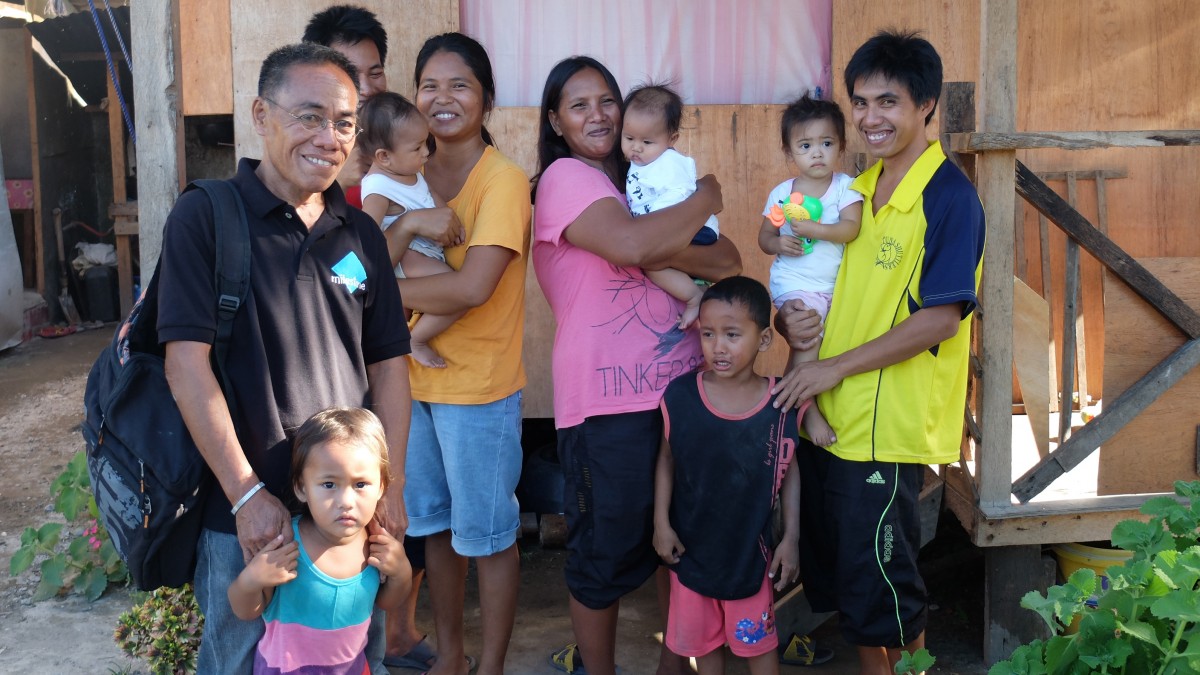 Ramon with his children and grandchildren. They all live in Barangay 86.