We came empty handed to Bangladesh 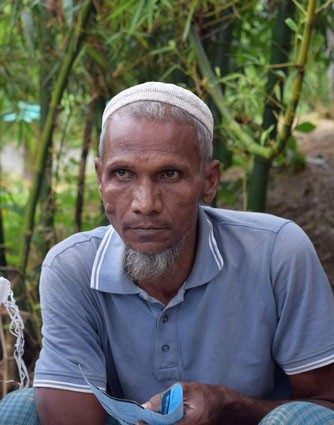 The situation of the Rohingya does not seem to be improving. Two months have now gone by since a military operation in Rakhine State, located in a poor region in the far west of Burma, pushed nearly one million people into neighboring Bangladesh so they could escape the violence.

In the district of Cox's Bazar, in southern Bangladesh, 1.2 million people are crammed into a camp that includes 300,000 local residents and 900,000 Rohingya refugees that are spread out amongst several makeshift camps.

Md Sharif Mia (54) is a Rohingya refugee who was forced to flee his home country of Myanmar. He was living a peaceful life with his family of eight, including two daughters and wife, in the village of Dhiultoli in the district of Maungdaw. Agriculture was his only means of earning a living. On August 25th, 2017 his house was burnt by the Myanmar Army. With five other family members, he walked for 10 days through the forest as part of a large group to reach the border with Bangladesh.  They made it into the country by crossing the river Naf, and took shelter in Moinnarghona Camp-2 at Ukhia in Cox’s Bazar.

He spent the first few days under open sky, but then managed to build a temporary shed with the help of local people. He started looking for his elder son and daughter whom he had sent to Bangladesh earlier, but did not find them.

Except for rice, he did not receive any relief items, which made his survival difficult. Development and Peace and Caritas Bangladesh were the first organizations to provide him with food and non-food items.

“We came empty-handed to Bangladesh, and could not bring any necessities. The food and relief items given to us by Caritas will help us to reduce our suffering and live.”

In the district of Cox's Bazar, Development and Peace – caritas Canada and Caritas Bangladesh have spearheaded various initiatives, most notably the distribution of food to help more than 25,000 needy people.

When asked if he would like to return to his home country if the situation improves, he replied: “The army killed so many villagers and burnt so many houses, that I don’t actually know what the number could be. I fear that this situation will never improve and my return to home seems uncertain.” 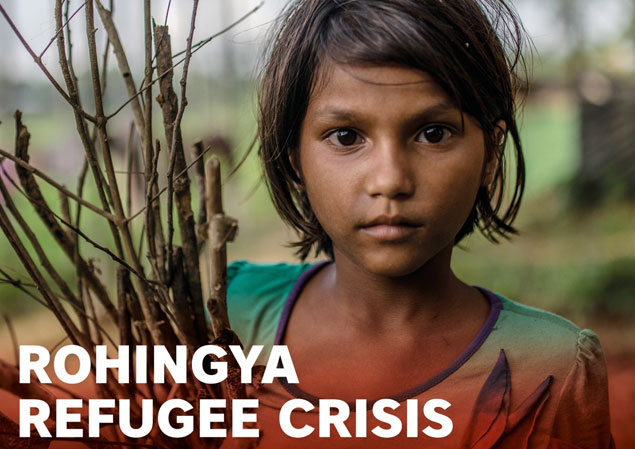 Development and Peace – Caritas Canada is accepting donations for its appeal in order to support more relief efforts.

Give before November 28th and your donation will be matched !

Donations to Development and Peace can be made: