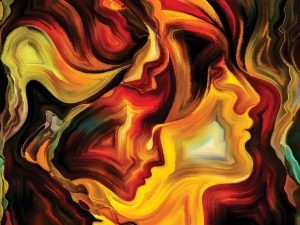 Development and Peace is joining its partner Kairos and a number of other organizations in welcoming two peacebuilders from South Sudan to Canada as part of an awareness-raising tour about combating violence against women. The No Màs II tour will take place from November 24th to December 10th across six cities (Toronto, Kitchener-Waterloo, Thunder Bay, Regina, Montreal, and Ottawa).

The tour will feature two representatives of the South Sudan Council of Churches’ National Women’s Program, a partner funded by KAIROS: Agnes Wasuk Petia, coordinator of the program and Awak Hussein Deng, the program’s youth coordinator.

South Sudan is at a critical juncture in its history. The resurgence of conflict in the country since December 2013 has severely affected women’s lives. The civil war that has been dragging on in a complex political context has threatened the country’s basic fabric and has resulted in the displacement of millions of people, sporadic assassinations, and famine. Approximately 60,000 South Sudanese people have been killed in the recent civil war, two million have been displaced within the country, and another two million people have fled to neighbouring countries.

Development and Peace programming in South Sudan focused on humanitarian aid and peace and reconciliation. Our priority today is to meet the needs of the people affected by the conflict and addressing food insecurity in the country. We work with Caritas South Sudan and the Society of Daughters of Mary Immaculate to provide food, water, shelter, and health and psychosocial services, as well as to facilitate access to education. 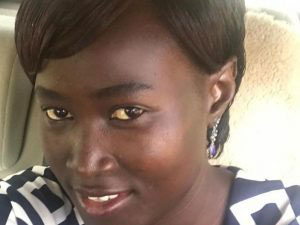 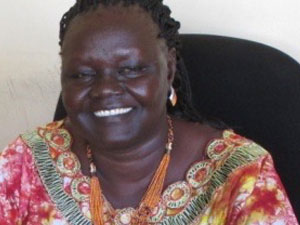 Agnes and Awak are women peacebuilders, like those from Afghanistan, Colombia, and Lebanon presented in Development and Peace’s fall campaign May Peace be With Her. These women play a crucial role in conflict prevention and resolution, as well as in building and sustaining inclusive, lasting, and equitable peace in their countries.

The event is organized by the Montreal youth group of Development and Peace and Kairos Canada, in partnership with Pax Christi, ROJEP and l’Espace Benoit Lacroix.
Share on Facebook

Thursday, December 7, 2017, 7:00 p.m. to 9:00 p.m.
University of Ottawa, Desmarais Building, room 1160, 55 Laurier Avenue East
Members of Parliament from each political party will be invited to respond to the presentation by the Sudanese guests as it relates to Canada’s new Feminist International Assistance Policy and National Action Plan on Women, Peace and Security. Development and Peace is a co-organizer of this event. Share on Facebook

For more details about the tour and updates, visit: kairoscanada.org