The threat to seeds is a global concern 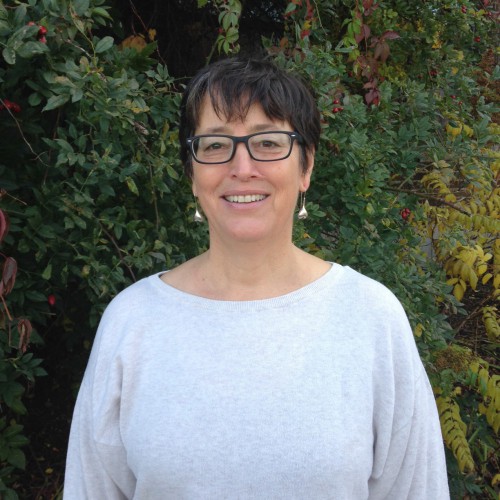 From November 13-16, Food Secure Canada will be hosting its National Assembly in Halifax. Development and Peace is co-sponsoring the event, which will touch on many of the issues addressed in Development and Peace’s current campaign Sow Much Love, including the threat to small family farmers of losing access to their seeds. The keynote will be given by world-renowned environmental activist and seed defender, Vandana Shiva. As part of this event, an interview was conducted with Ms. Shiva on the struggle against the privatization of seeds and will soon be available on our website.

One of the biggest factors in limiting access to seeds is the international treaty UPOV’91, which expands corporate control of seeds. Here in Canada this treaty could be applied through Bill C-18, which is currently being studied in Parliament. In this interview, Diana Bronson, Executive Director of Food Secure Canada, explains the enormous impact UPOV’91 and Bill C-18 will have on the food and farming here in Canada and around the world.

How will Bill C-18 (or the application of UPOV‘91) have an impact on the food we eat?

Instead of collecting royalties at the point of sale of seed, the rights holder (the company) can, under UPOV ‘91, access royalties at multiple moments from the purchase of seed to harvest and beyond. This will almost certainly mean higher costs for the farmer and greater profit for the rights holder. These costs will be passed along to the Canadian public through higher food prices, and through the loss of farmers who are unable to absorb these increased fees into their operations. It will also undoubtedly result in a further loss of biodiversity as the seeds available on the marketplace will be dominated by those that are most profitable to the rights holders, not those that best serve the long term interests of the Canadian public (farmers, consumers, the environment). This will undermine diversity, and ultimately our resilience to adapt to climate change - a huge concern in the Global South, but here as well.

Bill C-18 and the shift to UPOV’91, in concert with a range of international trade agreements and related domestic regulation, continues to undermine Canadian sovereignty, not just food sovereignty. It grants special rights and privileges to corporations and their so-called right to derive profit, and continues to strip choice away from individuals, communities and different levels of governments across Canada. As many have said, "he who controls the seed controls the people." The change in seed legislation in Canada further limits farmers' access to a diversity of seeds and has cost implications for the seeds that remain. For millennia, farmers have saved and exchanged seed, a practice that has produced the agricultural biodiversity upon which Canada and the world rely for our food. This practice is, under UPOV ‘91 and this Act, relegated to a “farmers’ privilege” clause that can be rescinded by the government in power without due public process, and is further restricted by the practice and guidance of UPOV. Further, according to the organization GRAIN, "the '78 Act (the precursor to UPOV’91) covers plant varieties of nationally defined species or genera, whereas the '91 Act covers plant varieties of all genera and species," (http://www.grain.org/article/entries/2183-norway-says-no-to-upov-1991). Right now, 53% of the world’s commercial seed market is controlled by three companies. This bill is going to make that problem worse.

What type of food system does Bill C-18 encourage?

Bill C-18 will further entrench the industrial model of agriculture where a few large players dominate and small- and medium-sized producers have trouble surviving. Bill C-18 further promotes control of seed by the handful of global seed players who will ignore the nutritional, cultural, social or environmental considerations and priorities of Canadian farmers or consumers. It will have repercussions across agricultural sectors and the food system since seed is the basis not just of crops that are eaten directly, but also those that feed livestock from which a host of other food stocks are derived. The current crisis related to the loss of bees from the over-use of neonicoitinoids is almost certainly linked to the fact that, for instance, the vast majority of corn seed available for purchase is already treated with neonicotinoids, whether or not farmers wish to be part of this sort of systemic application of pesticides. Many countries in the Global South are being encouraged to sign on to UPOV’91.

How will this transform farming in those countries?

As of 1999, any country becoming a party to the Convention has no choice other than to join UPOV’91 - the earlier iterations are no longer available for application. The consequences on the ability of small family farmers to make a living could be devastating, as the ETC Group explained when countries in West and Central Africa were being pressured to adopt UPOV ‘91: “Most UPOV members, in fact, adhere to its 1978 convention, which is widely interpreted by governments to allow farmers to save and exchange seed. UPOV’s 1991 convention, however, assumes that farmers cannot save seed unless governments permit specific exceptions. Around the world, 1.4 billion people depend on the ability of small-holder farmers to save seed for their family food security.”