The refugee crisis in Europe: “The boats were rickety… I felt that we were going to die.”

Shiar, 31, is one of the over 1 million refugees to have made the treacherous crossing over the Mediterranean Sea to reach Europe.

“My parents wanted a future for their children. They said let’s go by boat to Greece. I was frightened as I’d seen on TV people who had drowned, but they insisted. I went with them to look after them,” he explains. 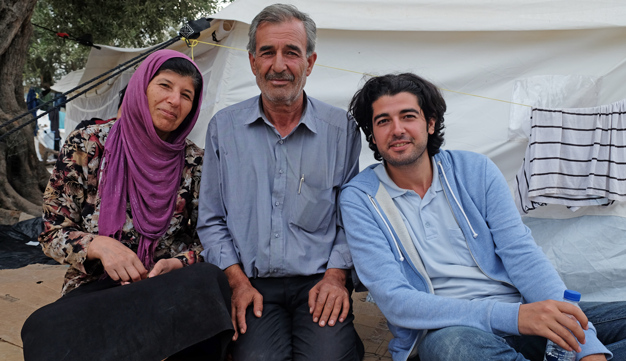 Greece has been a main entry point for migrants and refugees escaping war and poverty in their homelands due to its proximity to Turkey. Until a controversial treaty was recently signed between the European Union (EU) and Turkey, most refugees would arrive in Greece and make their way to the border of Macedonia in hopes of travelling through the Balkans to reach countries in Northern Europe, such as Germany or Sweden. With this new treaty, however, refugees must wait until they are resettled in the EU, which has left over 50,000 people stranded in Greece. The Greek town of Idomeni at the border with Macedonia is a particularly hot spot, as refugees still attempt to cross into Macedonia despite the closure of the border.

As such, services for those arriving in transit camps are critical, and Development and Peace is working with Caritas Hellas (Greece) and Caritas Macedonia, to provide migrants and refugees with hot meals, food packages, cash vouchers for essential goods, warm clothing, and sleeping materials.

Caritas Hellas and Caritas Macedonia are also ensuring that those arriving are receiving proper information about seeking asylum, registering as a refugee, transportation and receiving services in the camps. Social workers and interpreters are on site to speak with migrant and refugees and to help identify the most vulnerable, who may be in need of greater protection or services.

For Shiar, his journey first began in 2012, when he left Aleppo for Turkey in order to avoid conscription into the Syrian army. As a Kurd, he felt he would be sent to the frontline and would have little chance of survival. His parents and two sisters joined him in 2015 when their street became a war zone between the Free Syrian Army and government forces, and they could see missiles flying overhead.

In Turkey, however, they could not get proper documents, which meant they had no access to healthcare and his sisters could not go to school, at which point his father decided to attempt the crossing to Europe.

“My father met smugglers through some people he knew. The traffickers were young men in their 30’s and 40’s. Some were armed with pistols and others with rifles. They were mean and insane. We travelled 8 hours by coach with about 45 other people to Troy on the coast. There were Syrians, Iraqis, Bengalis and Pakistanis,” he describes.

“We stayed overnight, then walked about 90 minutes to the coast and sailed in the morning. There were about 52 of us on a boat about 8 metres long and 3 metres wide. The traffickers stayed on the shore. They’d trained one of the passengers to drive the boat and allowed him to travel for free.

“The boats were really rickety. On board, I couldn’t believe I had taken the risk, but my parents had insisted. The engine stopped three or four times. We didn’t have GPS or a phone to call for help. The women and children were crying. I felt that we were going to die,” he says.

Once on the Greek Island of Lesbos, Shiar and his family made their way to a transit camp, where Caritas Hellas is providing services. In addition to Lesbos, Caritas Hellas is also working in Athens, Idomeni and Chios, which all of which are hosting high numbers of stranded refugees.

Despite the difficult conditions in the camps and the uncertainty of their future, most migrants at this time can't think of going home, even if, like Shiar, it is what they dream of most: “We lived in a lovely village in Aleppo. When the situation gets better, I’d like to return. I want to study neuro-linguistics so I can help the next generation learn foreign languages more easily and quickly. You have to end the crisis in Syria.”

There are 54,000 migrants and refugees stranded in Greece.

Priority to the most vulnerable, such as the elderly, the disabled, women and children.

Maintaining the dignity of refugees with aid and services that create more livable conditions in camps and support autonomy. 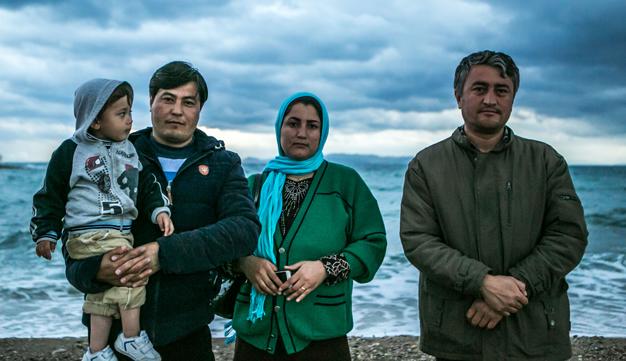 “The greatest gift we can offer one another is love. We Christians love to tell the story of the Good Samaritan, a foreigner who saw a man in need and immediately stopped to help. For us, it is a story of God’s mercy, which is meant for everyone.”